Samuel Teaches Us About Availability 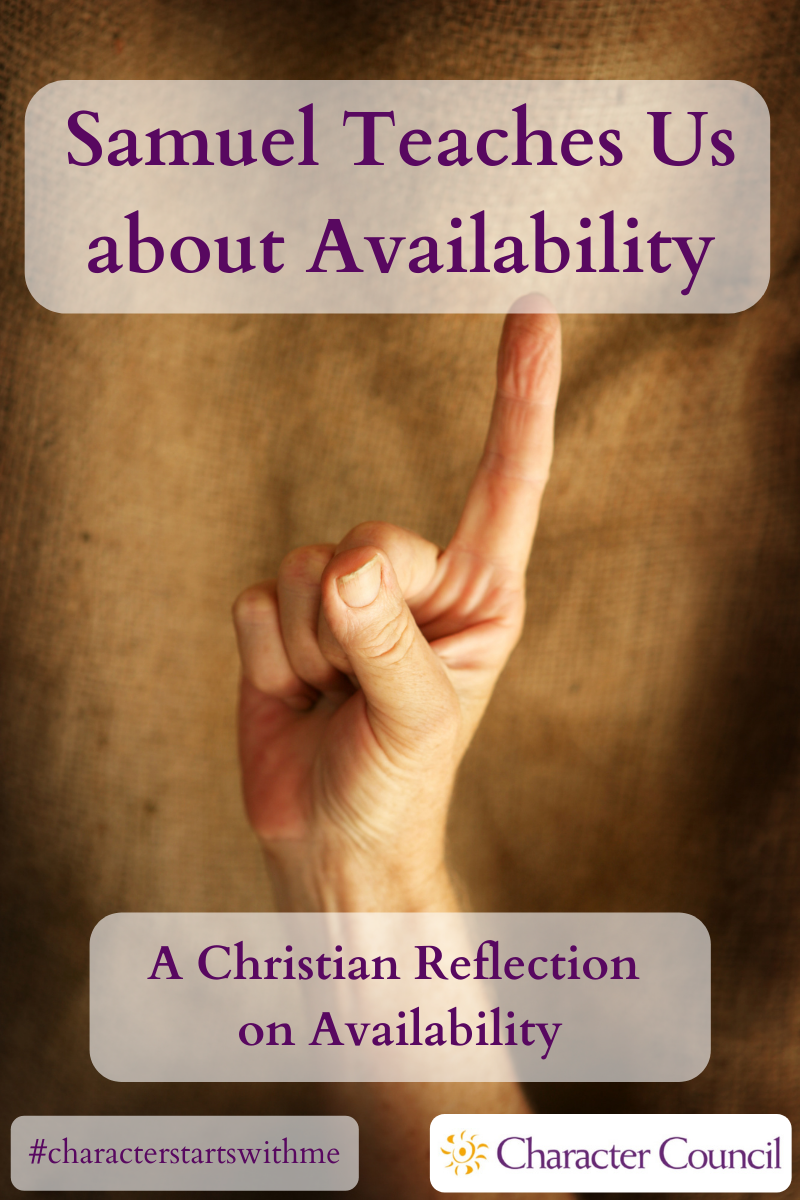 Samuel was just a young lad when God called to him. Samuel had been sleeping in the temple when he heard someone call his name. He got up and went to his mentor, Eli, whom he thought had called to him. Eli responded that he hadn’t called him and sent him back to bed. Once again, he heard his name being called, so he went to Eli again. This time, Eli realized that God called Samuel, so he told him that if he heard it again to answer the Lord. So, Samuel went back to sleep. When he was called a third time, he replied as Eli suggested by saying, “Speak, for your servant is listening.” God then told Samuel what he was going to do to those who had blasphemed.
By answering God’s call, Samuel made himself available to be God’s servant. He was available to do God’s work during his whole life. One of the keys to answering God’s call is listening. Samuel constantly put himself in “listening mode” to hear what God wanted him to do.