Gideon Teaches Us About Alertness 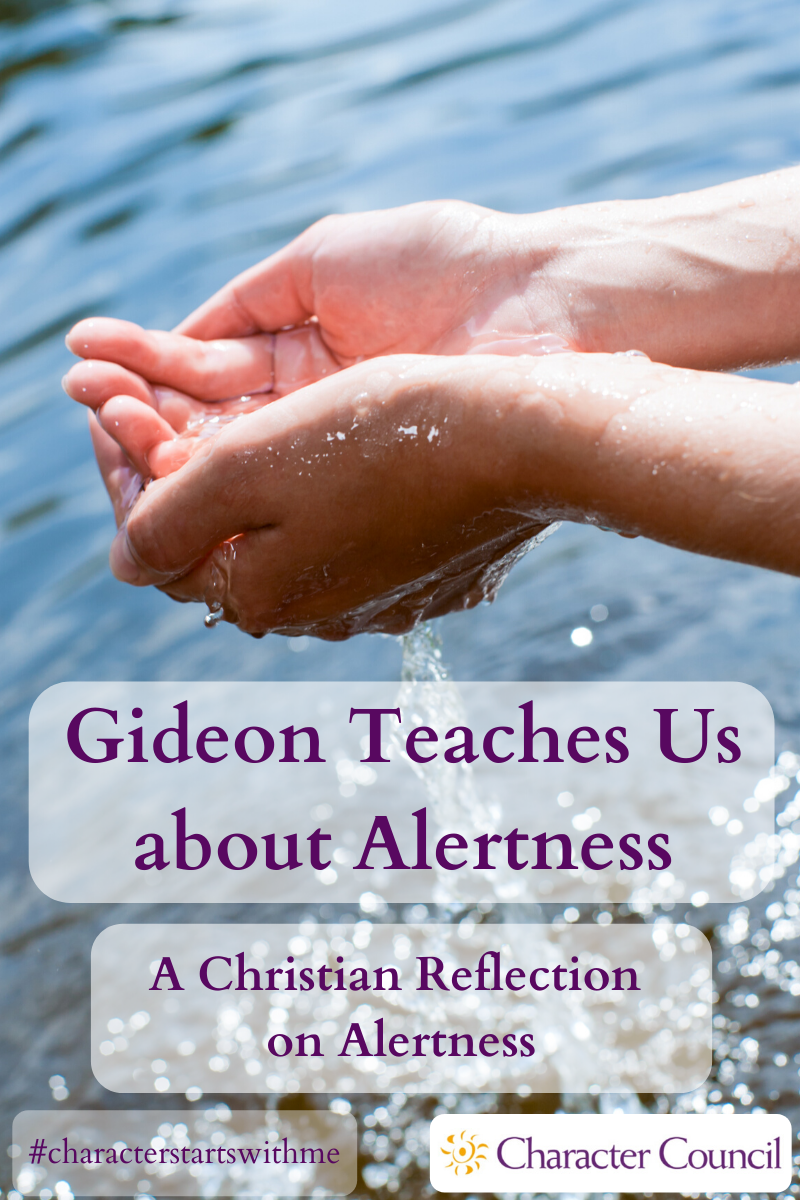 In Chapter 7 of the Book of Judges, we see Gideon getting ready to attack the Midianites with a very large army. God did not want the army so large that the Israelites would become boastful so the Lord told Gideon to reduce the size of the army. Gideon did this by sending home those who were afraid. Since the number of men was still too large, God told Gideon to take them down to the water. Those who knelt down to drink were sent home. Those who used their hands to bring the water to their mouths were allowed to stay. Some look at this as God’s way of finding those who were most alert to the enemy. If they brought the water to their mouths in their hands, their eyes could continue checking the area for enemies.
The message for us is that we need to be vigilant in staying alert to the temptations that the devil puts in our path. We need to know what is going on around us so as to have the right responses.