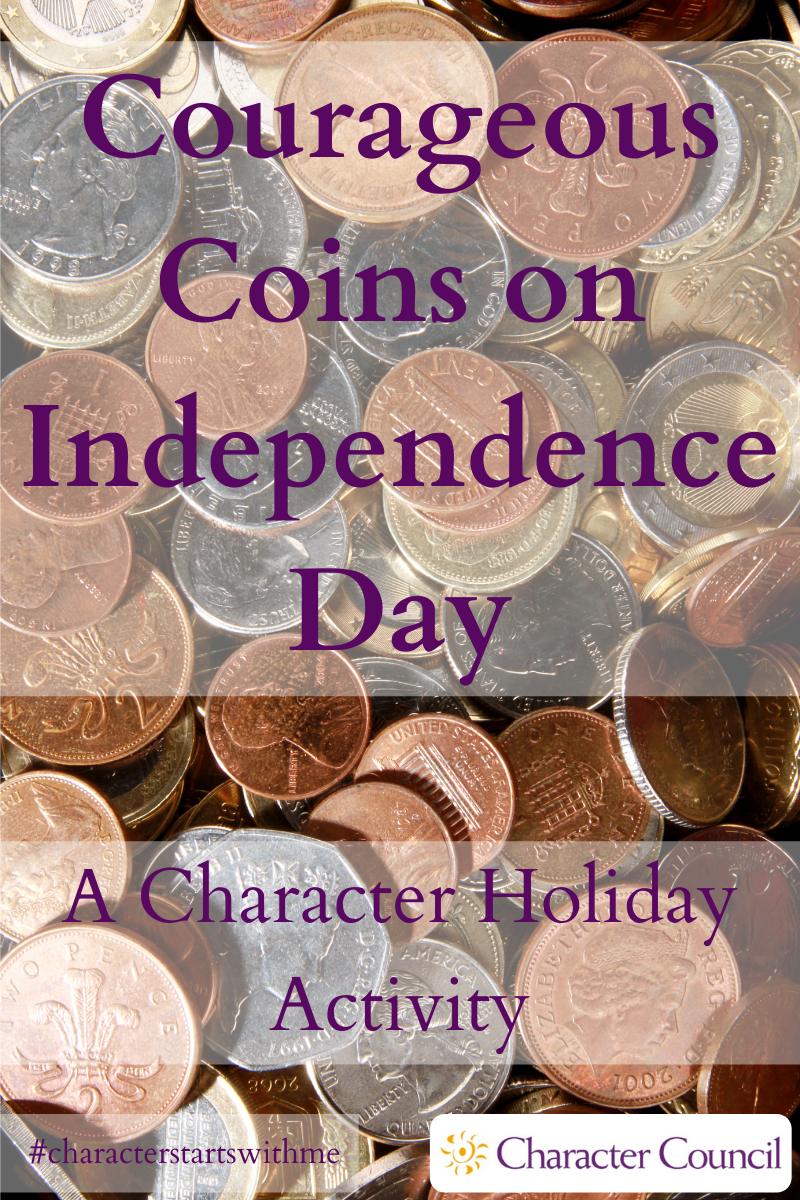 The 4th of July celebrates the birth of American independence when delegates from the 13 colonies adopted the Declaration of Independence. Can you imagine the Courage that it took to make the decision to break away from the mother country? In honor of the early leaders of our country, you can play this racing game with coins depicting those leaders.

Gather two small containers of coins that will each hold about for 10 spoonfuls of coins. You will need two more empty containers at the finish line. Before beginning the game, give each of the coins, one at a time to all the players. With each coin discuss the Courage of the individuals on the coins. (see below for details). After all the coins are discussed, return them to the starting containers.

Divide the kids into 2 teams. Each team lines up behind the bucket of coins. Each team has 1 spoon. The object of the race is to get the coins from one container to the next using the spoons. Each player scoops a spoonful of coins out of the first container and runs/fast walks to the container at the finish line and dumps the coins in. If any coins are dropped, the player must stop, put them back on the spoon and start back over at the starting line. Playing in the grass makes it difficult to spot dropped coins. After dumping their coins, they are to race back and hand the spoon to the next one on the team. Play continues until a team has all its members back to the start. Alternately, you can play until the coins are gone but that means you need to make sure that the containers have identical coins.

If you have time to fill, visit http://www.bestpartygames.co.uk/categories/coin-games for more games with coins.

Detail of who is on our coins:

How did this activity go when you used it? Did you make any modifications that worked better for you? Share your experience below!