The Egg, The Carrot, and The Coffee Bean 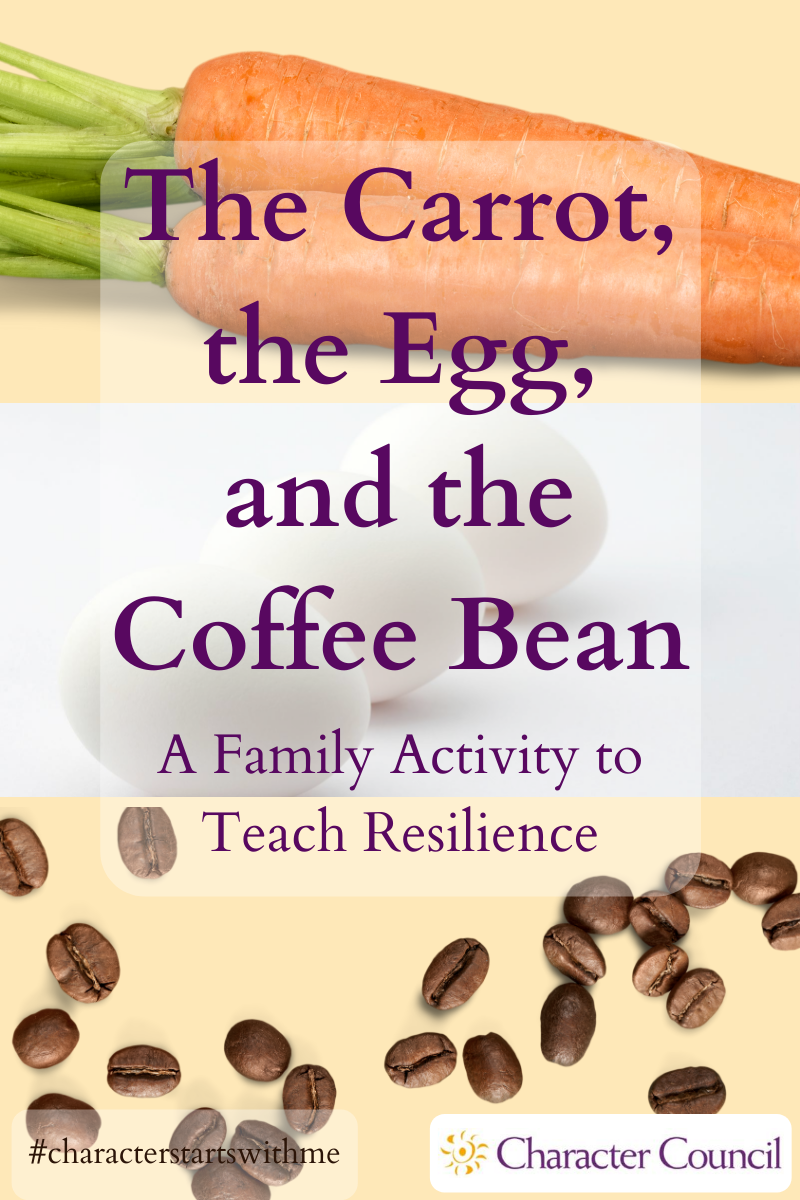 For this activity, you will need a whole, peeled, hard-boiled egg, cooked carrots, and a cup of coffee. Gather the family and talk about resilience. You may need to define adversity and give examples of tough times as a family or as individuals. Discuss what it means to recover or bounce back from tough times. Compare tough times to boiling water. The three items in front of you were all hit with the adversity of boiling water but they each reacted differently. The carrot went in strong, hard, and unrelenting. However, after being subjected to the boiling water, it softened and became weak. The carrots are like people who give up too easily. The egg had been fragile. Its thin outer shell had protected its liquid interior, but after sitting through the boiling water, its inside became hardened. The egg is like people who get bitter and carry a grudge. The ground coffee was unique, however. After it was in the boiling water, it had changed the water. The coffee is like people who learn from their mistakes.

How did this activity go when you used it? Did you make any modifications that worked better for you? Share your experience below!