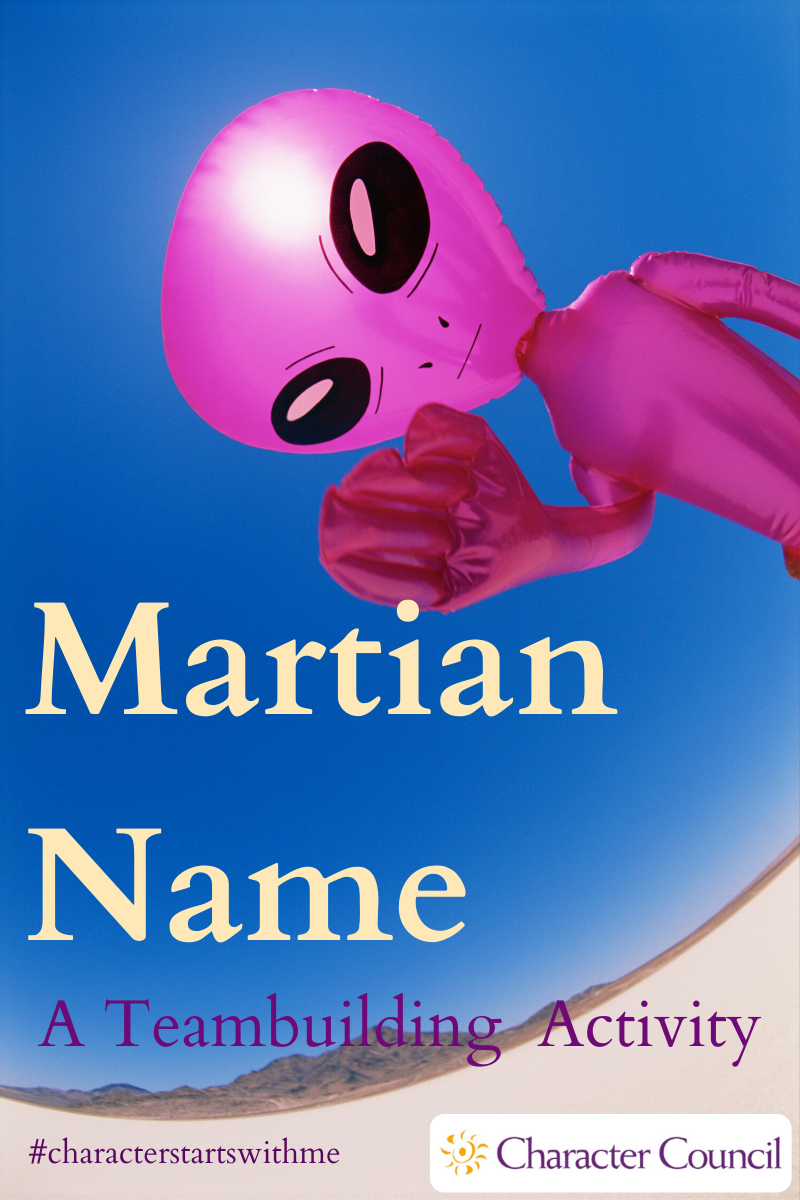 To create your “Martian Name”, you reverse your first and last name and spell them backward so Abraham Lincoln’s Martian name would be Nlocnil Maharba. Since Martians are named for a quality, you must translate the meaning of your new name by describing something about yourself. For example, Abraham Lincoln’s name could mean “one who frees slaves” or “one who is very tall”. As the presenter, create your Martian name and spell it out on a presentation board or PowerPoint. Explain the meaning of your name as an example for them. Try to keep it in the character realm rather than a physical description. Explain how to create their own Martian name and how to come up with its meaning. Have them write it on paper so that others can see the name. Have each one individually share their name and its meaning with the group. You may also choose to do this activity in small groups of people who know each other and have everyone in the group help decide the meaning of everyone’s name. Share all names with the whole group.