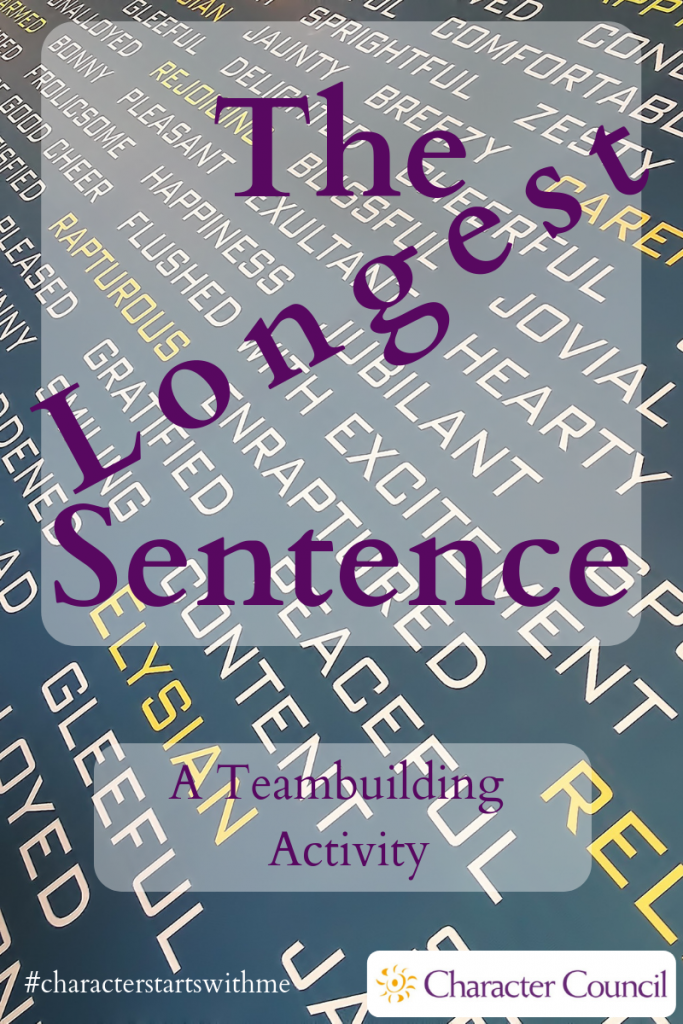 Divide the group into groups of 3 or 4 but have an even number of groups. A scribe is appointed in each group. Give them a sentence starter such as “The purring kitten…”. Each group must create a sentence with the goal being the group who creates the longest sentence. You may want to create some rules such as no more than 3 modifiers per word and no more than 4 uses of “and”, etc. To make it more appropriate, you can use a seasonal phrase, a topical phrase that deals with a recently completed school lesson or company issue or one that deals with the character quality of the month. When the sentences are complete, have each group combine with another group and see if there are parts of the two sentences that can be combined to make an even longer sentence. Have each group report out their sentence and number of words. Point out similarities and differences. Did making the group larger make the sentence longer? What would happen if you counted just the nouns or just the adjectives or total number of letters? Would the same group still win? Did the longest sentence make the most sense? Which sentence was the funniest? most positive? After hearing all the sentences, can any of them be made any longer?