The Widow of Zarephath Teaches Us About Generosity 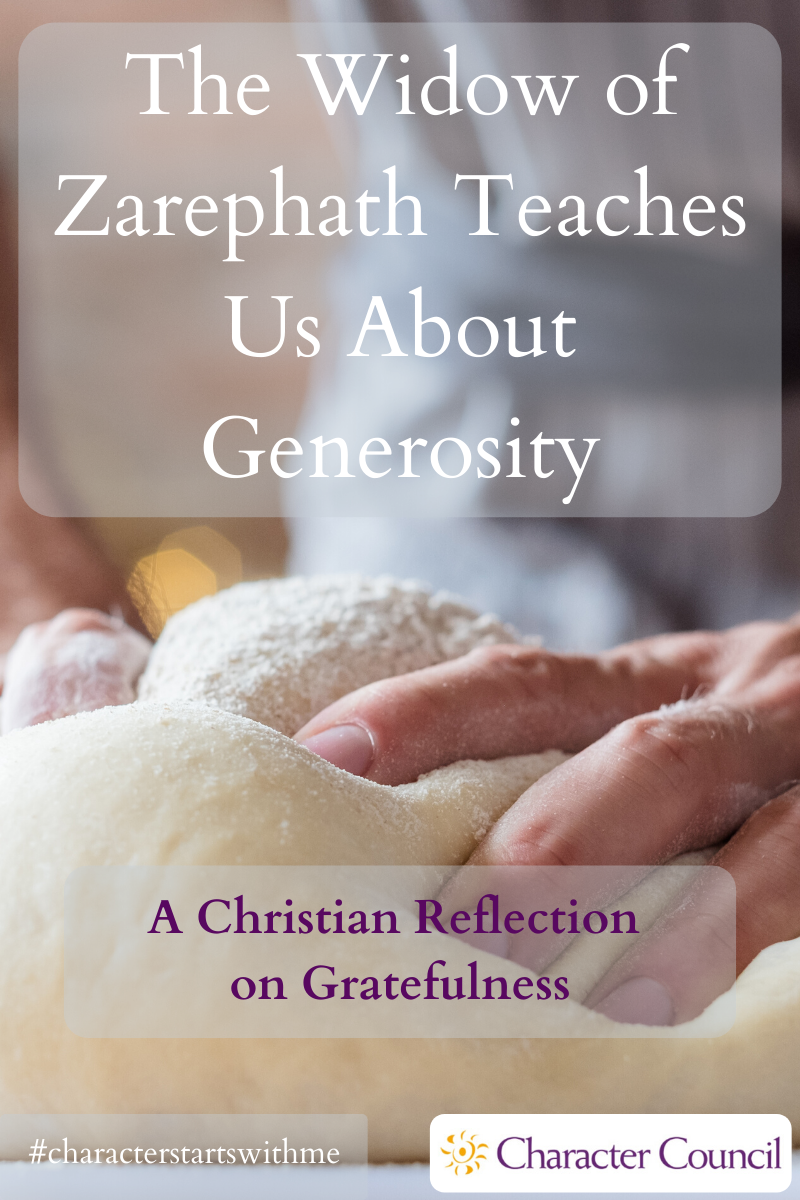 It was during a famine-causing drought that Elisha, the prophet, was hiding from King Ahab. The Lord spoke to Elisha and told him to go to Zarephath for there was a widow there that would help him. So he went to Zarephath and at the gates to the city he met the widow. He asked her for a cup of water and a piece of bread. The woman gave him the water but explained that all she had was a small amount of flour and oil and was about to use the last of it to make bread for herself and her son. There wasn’t enough for him. He told her that God would not let her flour and oil run dry until the drought was over. The widow did as she was told. When she finished making the bread for Elisha, there was enough left to make some for herself and her son. When she was done, she still had flour and oil. Elisha stayed with the widow and she was able to make bread for all of them everyday and still have some left in her jars.

The widow of Zarephath was generous in her giving to Elisha. She didn’t give what she didn’t need or have leftover. She gave out of the last meal she had for her own family. She trusted that God would provide if she gave away her last bit of flour and oil.