King Solomon Teaches Us About Creativity 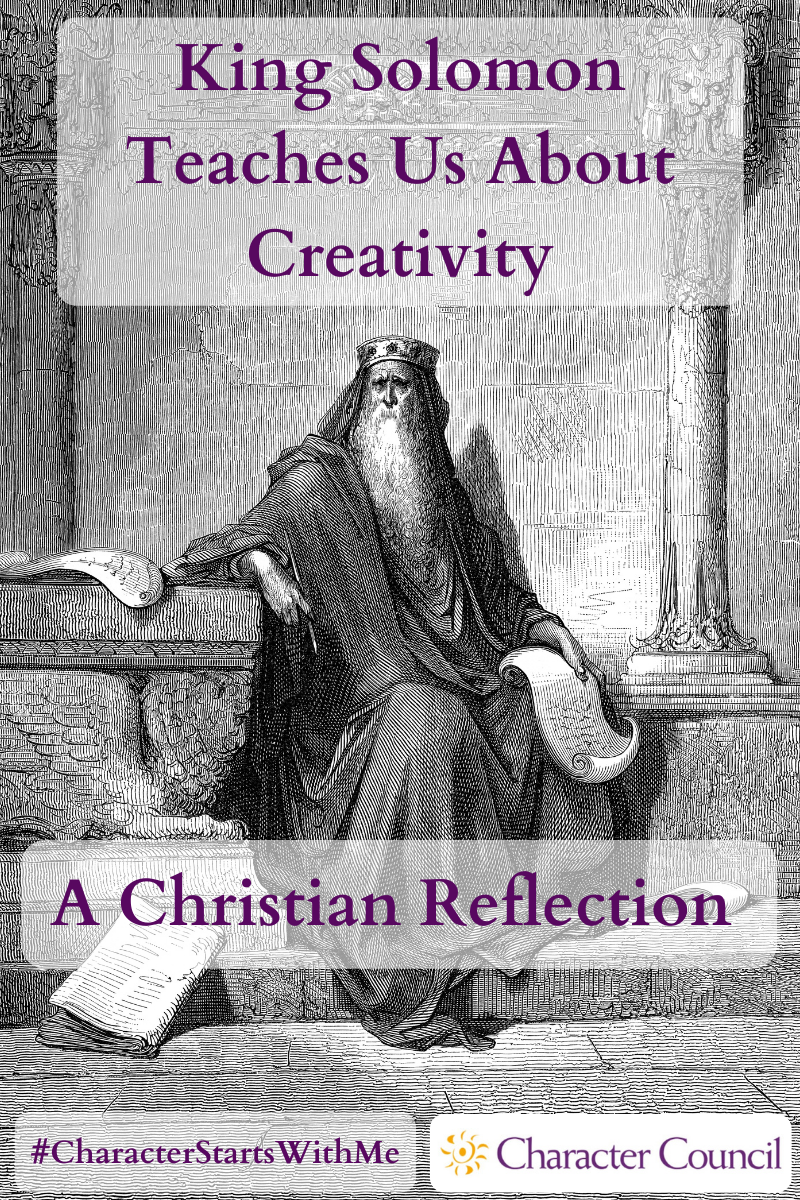 King Solomon was a very wise King (965-926 BC). God had told Solomon he could have anything he wanted, and Solomon did not ask for money or power. He asked that God would give him a wise heart so he could be a good king. This was a very creative request.


One day Solomon was faced with a problem. He had to be creative to solve the problem. Two women had brought one little baby to Solomon. Both women said they were the baby’s mother. Solomon did not know these women before this and he did not know the baby. How could Solomon decide who was the mother of the baby? He said he would cut the baby in two pieces and give half to each of the women. This seems very mean, but Solomon knew what would happen. The real mother of the baby said “please give the baby to the other woman, but save his life.” Solomon knew that this was really the mother of the baby. Solomon knew that the real mother would love the baby so much that she would give it away rather than have it killed.