Moses Teaches Us About Humility 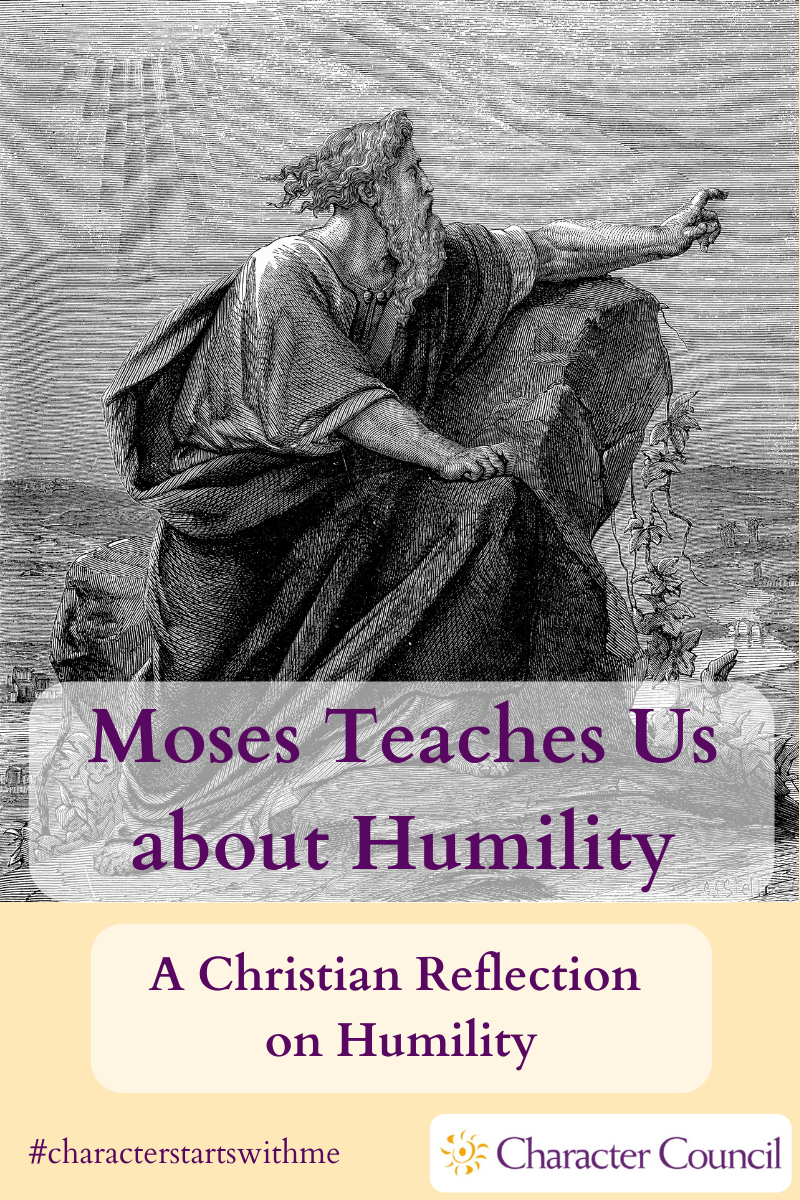 We first see the adult Moses in Pharaoh’s court. We assume that Moses’ mother, the daughter of Pharaoh, must have told him about his Jewish heritage. One day, Moses killed an Egyptian slave driver who was beating one of his Jewish brethren. Instead of earning trust from the Israelites, they feared his anger. This was not the reaction he expected. Disappointed and to avoid punishment, Moses fled to the desert where he became a shepherd.

After God called Moses from the burning bush to free the Israelites, Moses returned to Egypt. There, Moses grew in humility to the point where God fought his personal battles for him. As Moses humbly stayed his hand, choosing not to defend himself, again and again, the hand of the Almighty would move on his behalf. And as the people saw how powerfully God worked through humble Moses, their respect for him grew and grew… quite a contrast to their reaction when he killed the Egyptian. Once Moses learned true humility, God exalted Him and worked through him to free the Israelite nation from slavery.

Unfortunately, Moses wasn’t always humble. While in the desert, the people began to complain about water and food. God told Moses to speak to the rock to give water to the people. Moses struck the rock and water poured forth. The problem is Moses took credit for providing the water rather than giving God credit. This cost Moses in that he was only able to see the Promised Land but not enter it.