David Teaches Us About Responsibility 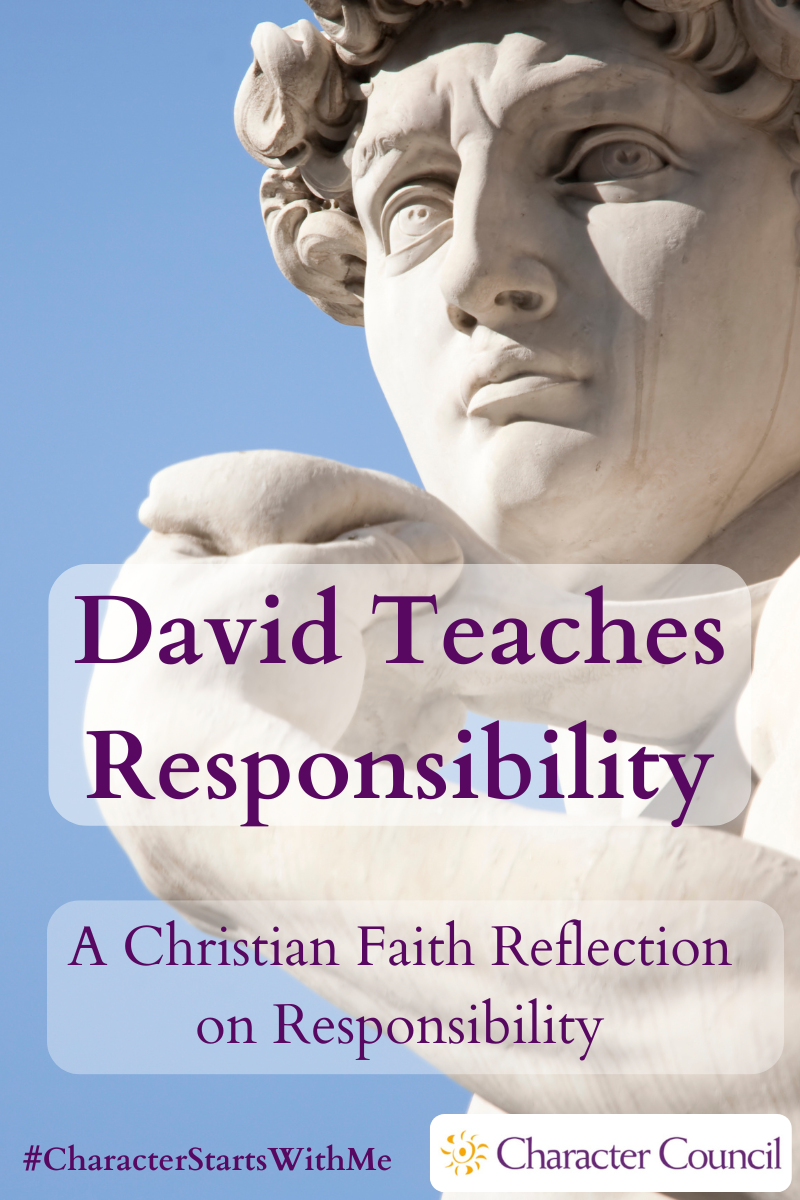 King Saul of Israel had become very self-centered and ineffective in his governmental affairs, and God decided it was time to groom his replacement. God sent Samuel, the prophet, to find and anoint the new king, but only gave him instructions as to the city and family where the king could be found. Upon arrival at the home of Jesse, he examined all of the sons of Jesse as they passed before him. The prophet sensed that none of these men was God’s choice, and asked Jesse if there were any others. There was one more, David, but he was young and out tending the sheep, a tedious and dirty job. But he was God’s choice. David was being responsible in a very simple thankless job, but as he was ruling over the sheep, he was learning how to rule over God’s people, and he didn’t even know it! His faithfulness in being responsible for what Jesse had assigned him, prepared him for more extraordinary things than he could have ever thought possible as the next King of Israel.