Bathsheba Teaches us about Positivity 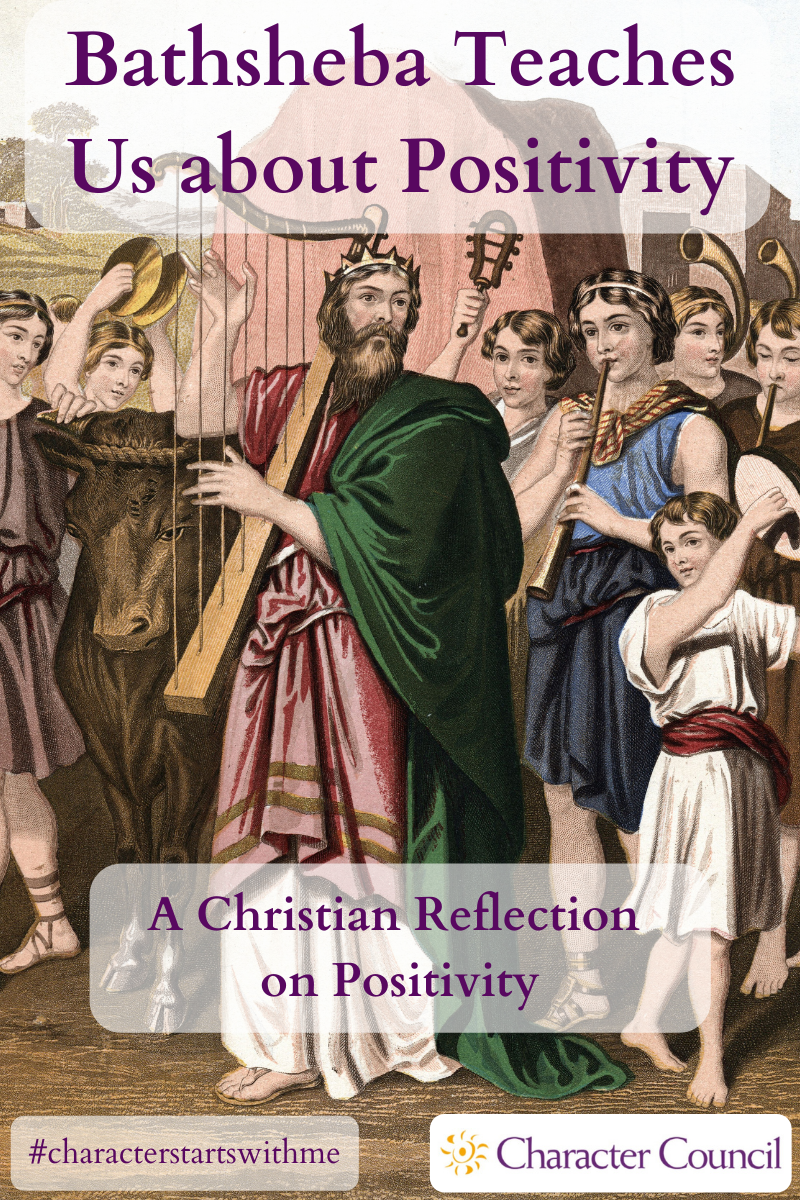 The relationship between Bathsheba and King David did not begin well, but she later became his loyal wife and mother of King Solomon. She made sure that her son Solomon became King instead of one of David’s older sons. Women had few rights in ancient times. Despite being mistreated, she learned to love David and saw a promising future for Solomon. Often circumstances seem stacked against us, but if we keep a positive attitude and our faith in God, we can find meaning in life.