Barabbas Teaches Us About Forgiveness 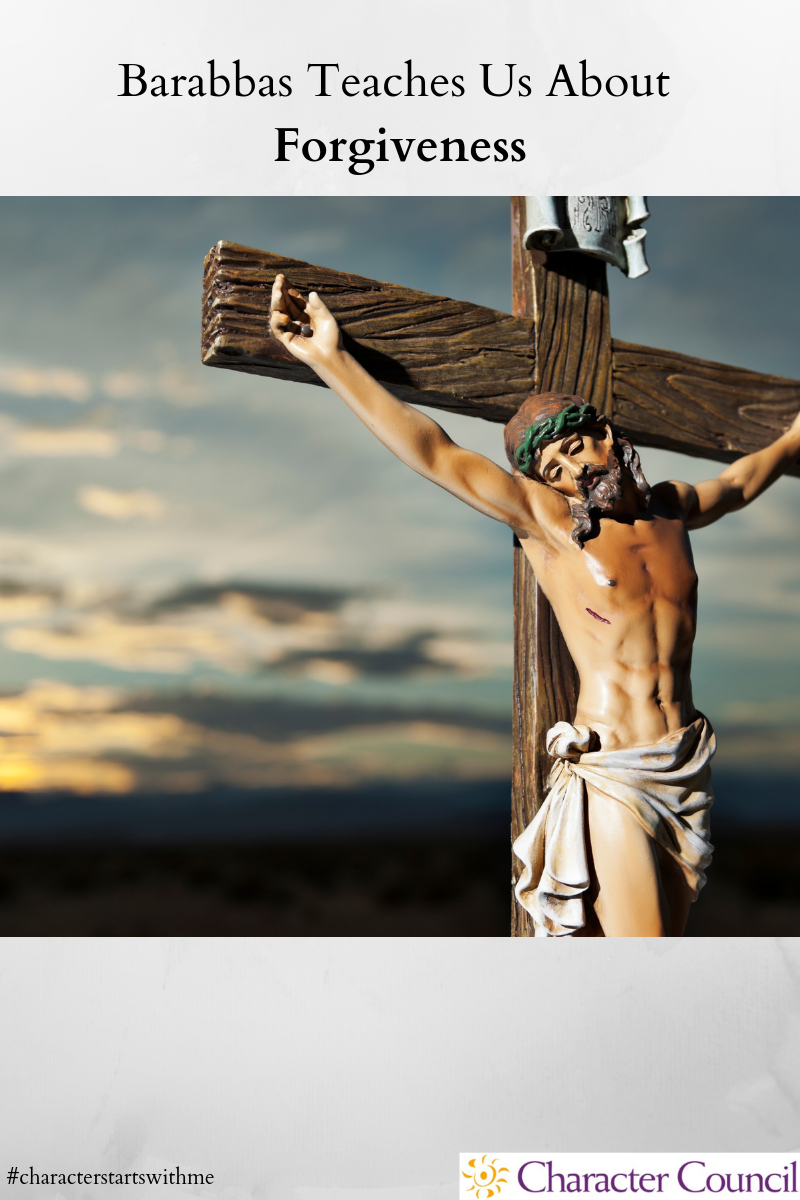 When the Jews brought Jesus to Pilot to be crucified, Pilot could find no guilt in him. When he offered to release him for the Passover Pardon, the crowd called for Barabbas to be released instead.

Now put yourself in the cell with Barabbas. He has been a rebel against the Roman occupation. He has been found guilty of insurrection, robbery and murder. He has been sentenced to death on a cross. As the guard approached his cell and unlocks the door he is expecting to be led to his own crucifixion. Instead, the guard tells him he is free to go. Jesus, the Innocent One, is being crucified in his place for his transgressions. Can you imagine his relief, his confusion, his mistrust that it is the truth? It is something so wonderful that he probably never even imagined something so great could happen. It is beyond belief.

Isn’t that how it is for us, too? We are Barabbas! We are sinful rebels deserving death. Jesus, the Innocent Lamb, was crucified so that our sins may be forgiven. Can we even imagine how great it is, that this was done for us? Once we begin to understand this wonderful gift, we are expected to show forgiveness to those who have caused us hurt. We don’t know if Barabbas was transformed by this or not but we can choose to be transformed and accept Jesus’ saving act of grace.