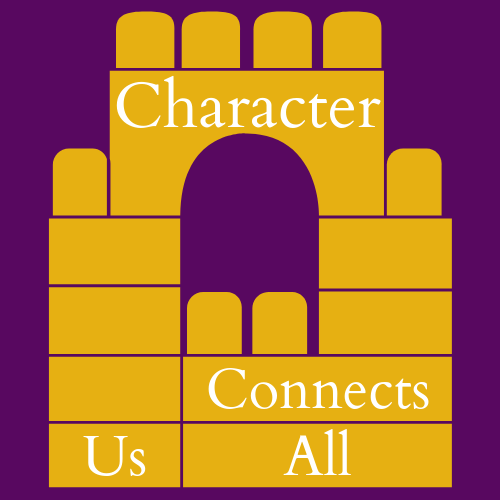 Character Connects Us All

On November 14th, we will gather to honor the 2019 Heroes of Character in West Chester at the Savannah Center. These Heroes have been nominated by their peers as upstanding citizens and people of character, and represent the best of the Tri-State area. They come from all over the region, from different backgrounds and walks of life. They are willing to do the right thing, no matter who is watching. They set an example of care and compassion in our communities. They may never have met before this event, but they are connected, nonetheless – by their character.

This year will feature Jim Place as Keynote Speaker. Jim has spent 49 years as an educator, administrator, athletic director, and football coach in the Dayton and Cincinnati areas, with a strong passion for athletics and character education. As a coach, he has been inducted into the Ohio High School Football Coaches Hall of Fame, is a State Champion football coach, and is the recipient of the Ohio High School Football Coaches Association Lifetime Achievement Award. Place spent time as the Director of Character Education for Hamilton City Schools, which was honored as Ohio and National School of Character Education during his tenure. He has presented at more than 300 conferences, clinics and other speaking engagements and has give Character Presentations to over 200 schools and groups. Jim has also presented at football clinics at Ohio State, University of Michigan, and Notre Dame.

Master of Ceremonies this year will be Tyler Bradshaw. Bradshaw has hosted a number of our events and we are pleased to welcome him back once again. He is an educator, announcer, and enthusiastic public speaker. Tyler currently serves as an Associate Director in the Office of Admission at Miami University, coordinating nationwide recruitment efforts for Ohio’s original Public Ivy. Tyler recruits in Columbus, Ohio, and helps co-manage Miami’s Red Brick Roadshow (a multi-city admitted student event program). Tyler has spoken to thousands of college-bound students across the country since joining the Miami staff in 2011.  Additionally, Tyler’s voice is well-recognized in local athletic communities as a dynamic announcer and broadcaster. He announces games for a number of different teams throughout Greater Cincinnati. Tyler is a member of the Joe Nuxhall Miracle League Board of Directors, helping those with physical and developmental disabilities play the game of baseball in an accessible, state-of-the-art facility. Tyler is a passionate advocate for mental health issues as well. After losing his Father, Scott, as a victim of suicide in 2013, Tyler started SeeyaBub.com. Seeya Bub is a blog where Tyler discusses the difficulty he faced in losing his Dad, covering topics related to grief, mental illness, and suicide prevention. He now speaks at schools, churches, and other community organizations about the importance of mental health, carrying on his Dad’s memory and story.

This year we will have a very unique feature. Courtesy of ReRuns for Wee Ones, each guest arriving will receive a child’s building block with a character quality on it. Guests will then ‘build character’ together and form a sculpture over the course of the evening.

Pick an envelope, any envelope! We will have envelopes numbered 1-100 at the event. Pick an envelope and donate that amount to the Character Council. You may just find a prize inside your envelope worth more than what you donated!

Proceeds from this fundraiser directly sponsor our Education Initiative, helping us to provide programming for local schools that support character education and bullying prevention.

This year will feature a silent auction and basket raffle. Click here to see some of what we will be raffling off at the event!

Our Heroes and Student Heroes

Are you ready to meet our Heroes and Student Heroes of Character? Check out their stories in our Hall of Heroes.

Get Your Tickets Now!