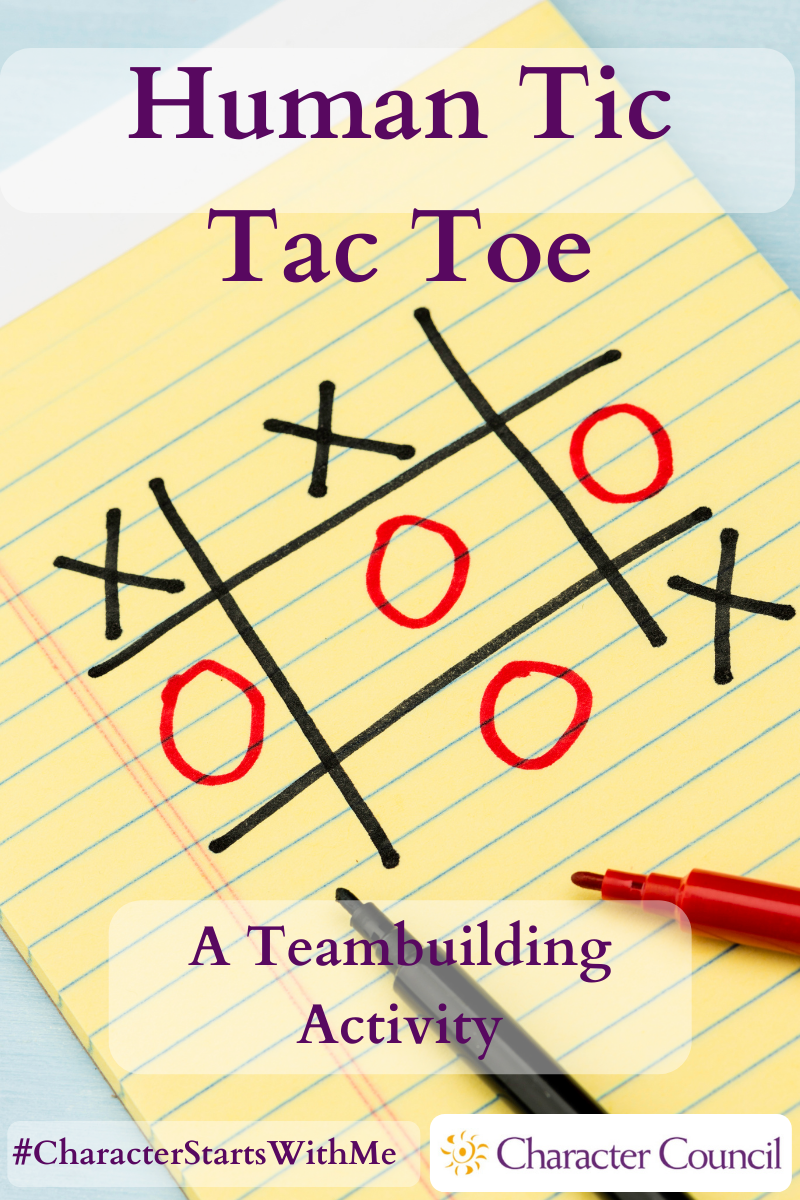 Set up 3 rows of 3 chairs each for the tic tac toe board. Divide the group into boys against the girls. Line up the boys on one side of the chairs and line up the girls on the other side of the chairs. They will be the Xs and Os. Each side takes turns placing a student in one of the chairs until there are 3 girls or 3 boys in a row for a tic tac toe win or the game is a draw. When the game is over, those in the chairs will go to the back of the line, and play continues until all have had a chance to be in the chairs. During this first round, they can openly discuss where the next person should sit but it is up to the person doing the sitting to use the input of the group to make the final decision of where to sit. Once all have had a chance to play, the rules change. This second time around there is to be no talking or sign language. Each person must decide individually where to sit. You may impose a time limit for choosing a seat to make the second round go faster and discourage discussion.

Options: If you have an uneven number of girls and boys (women and men) or you prefer not to divide by gender, you can divide the group however you wish. Declare one group the Os. When they sit down, they have to place both hands on top of their head, forming an O with their arms. The other group is the Xs. When they sit down, they have to cross their arms over their chest with their hands near their shoulders, forming an X.​

How did this activity go when you used it in your group? Did you make any modifications that worked better for you? Share your experience below!