Moses Teaches Us About Determination 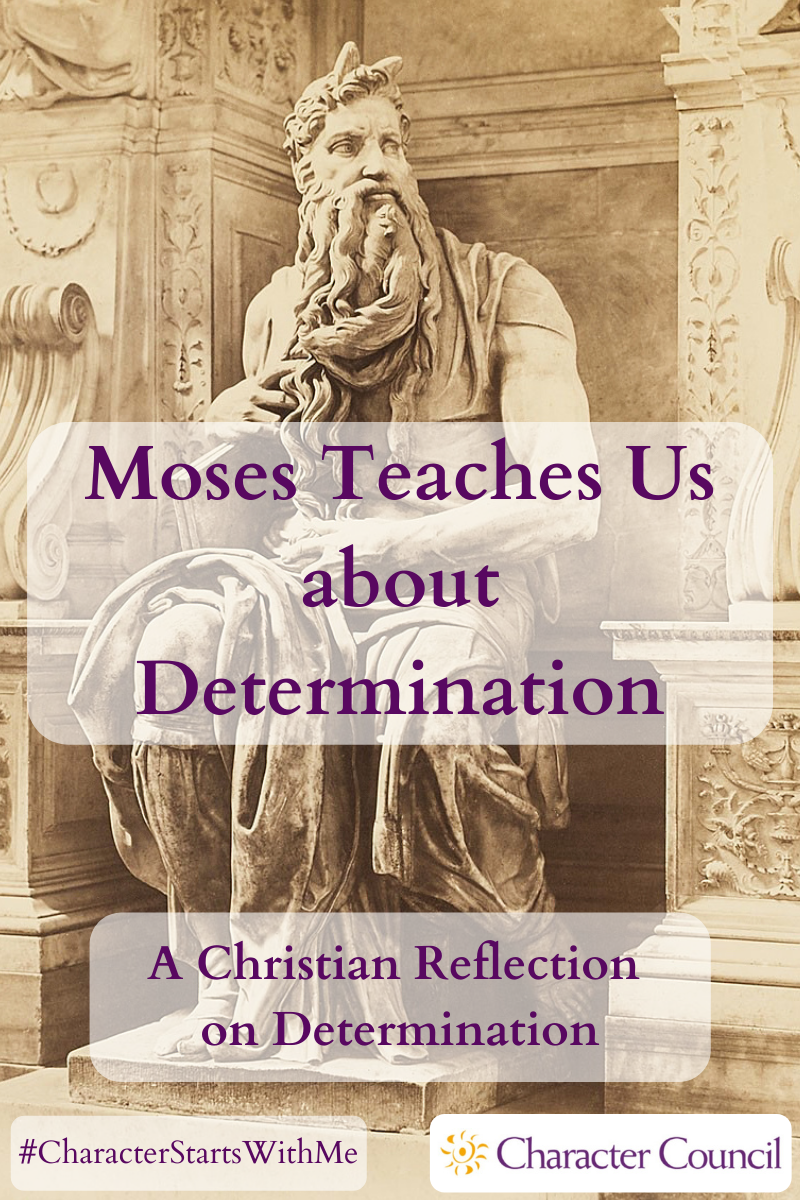 Moses was Determined to lead the Israelite slaves out of Egypt and into the promised land, but Pharaoh was a difficult man to convince. When Moses needed help, he used the Pharaoh’s stubbornness as an opportunity to call upon God for assistance. God responded by sending the plagues. Moses had to call upon God for help repeatedly, and each time God sent help in the form of another plague – 10 times! Even after Pharaoh let the people go, the Pharaoh changed his mind and sent his chariots and charioteers after them. What did Moses do? He called upon God, and Moses parted the Red Sea. While in the desert, the Israelites grew restless and hungry. Again, what did Moses do? He called upon God, and He sent manna to the dessert and water from rocks. In all of these cases, Moses had to have faith that God would answer his call. He had to have faith that the goal he had set was a Godly goal worthy of his time and effort. Moses’ last lesson for us on Determination is you can’t lose faith. Moses’ disobedience kept him from the ultimate fulfillment of his goal of seeing the Promised Land.