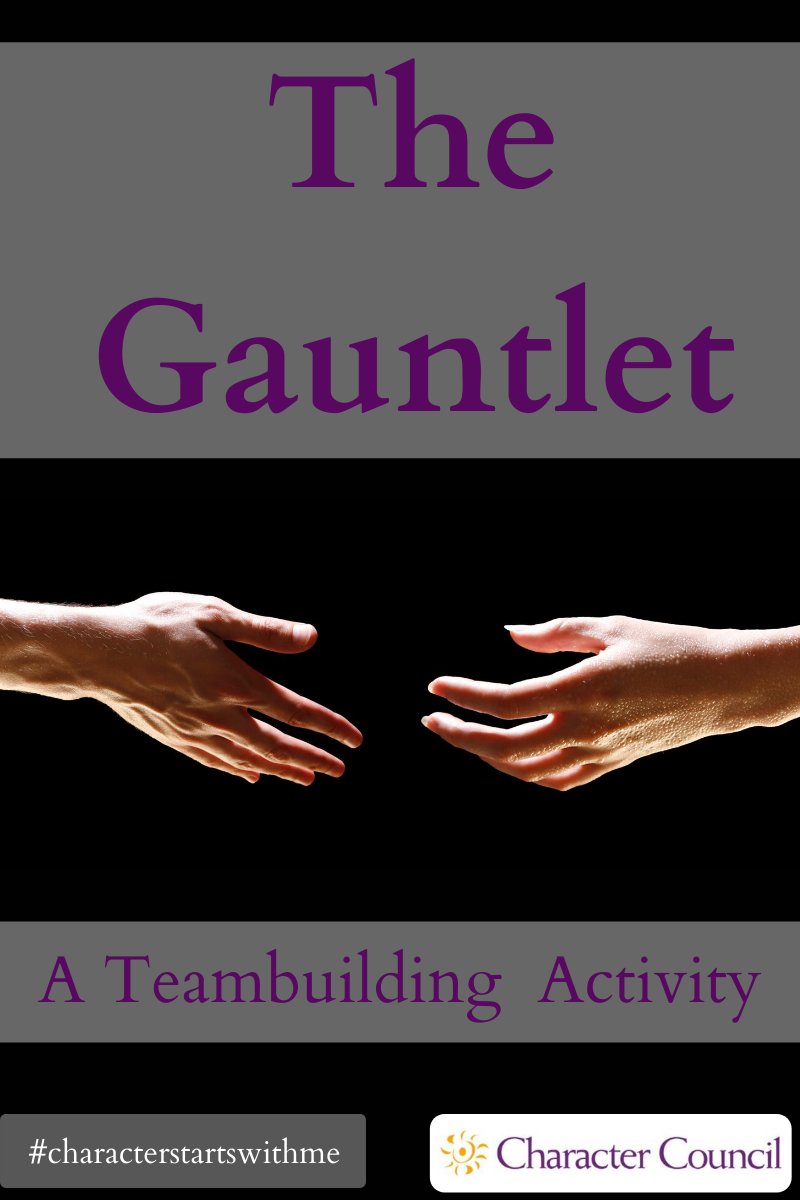 If the group is large, you may want to divide it into several gauntlets. If the group is young, you may want to divide the boys and girls. This will take considerable room. Create a gauntlet of participants by forming two lines, facing one another. Space the people in the lines so that there is room for another person to stand between two people. Each person should raise their arms out straight in front of them. The arms from the two lines should be far enough apart that only their hands overlap with the line opposite. The first person on one side becomes the first one to “walk the gauntlet”. As they pass through the two lines, the students on either side will raise their hands to let them pass without touching them. This will create a wave or a ripple to walk through. The person then joins in again at the end of the line. The person who was opposite the first person goes next, etc., until everyone has walked the gauntlet. The walkers do not need to wait until the previous walker is done to start but does need to allow enough time for attention to be on the next walker. Depending on time and temperament you can repeat the exercise encouraging people to walk faster and/or having them stand closer together in the lines making the length of the gauntlet shorter.

To accommodate social distancing guidelines, you would need to give each participant something to have in their hands such as half a pool noodle to make the gauntlet. Pairs would need to be spaced the appropriate distance from each other.

How did this activity go when you used it in your group? Did you make any modifications that worked better for you? Share your experience below!