The activities below are great for teaching the Character Quality of Honesty, and can easily be modified for different age groups and grade levels. We’d love to hear how these activities go with your class or group, or if you made any changes that made the activity easier or more impactful in your comments at the bottom of the page! 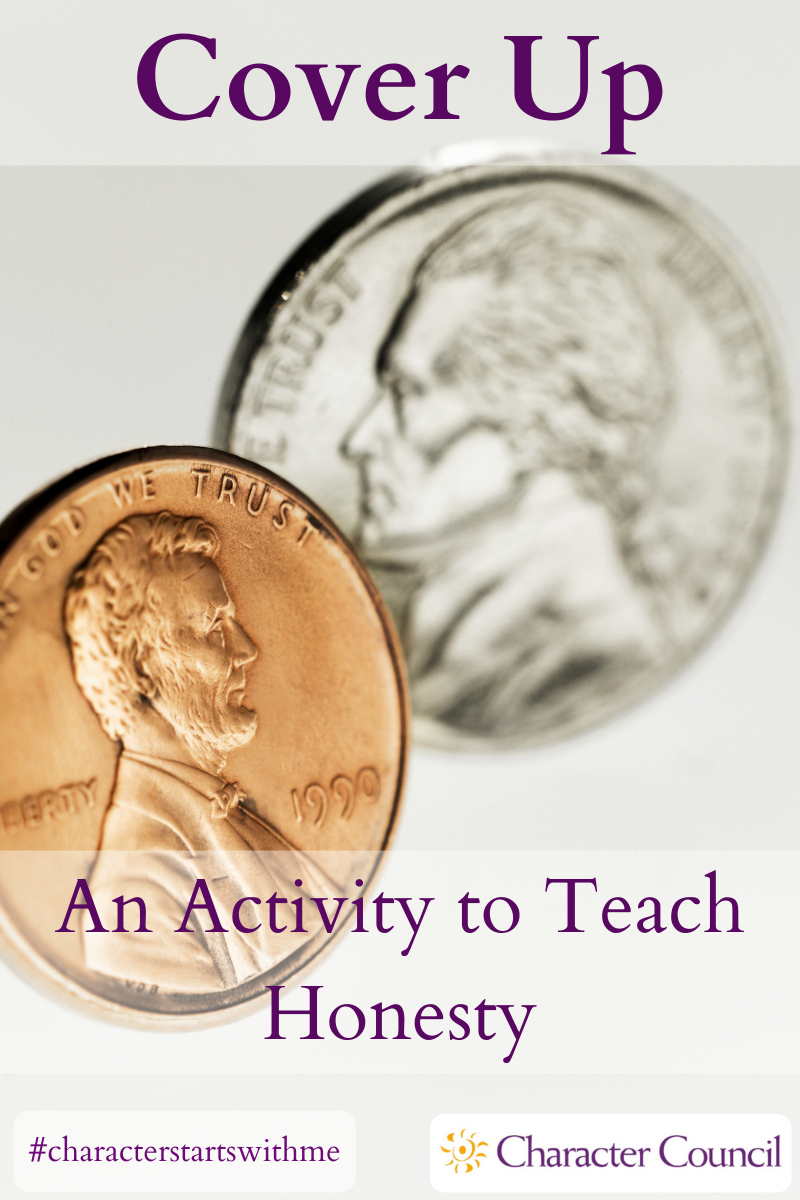 For this activity you will need a container with an opening that is about 4 -6 inches in diameter and no taller than 8 – 12 inches. Fill it with about 4 – 6 inches of water. If you have a large group, you may want to divide into smaller groups and provide each group with the same set-up. Place the container in the center of the group. Have someone drop a nickel into the container, aiming to get it as close to the center as possible. Explain that the nickel is like a lie that you tell. Now give pennies to the others in the group. Each person has to try to cover up the lie (the nickel) by telling other smaller lies (pennies). If you want to be able to repeat this multiple times so all can try to ‘cover the lie’, you will need some type of strainer and a container for the water so you can strain the coins out. Something to dry the coins for re-use is also handy. Experiment with how much water to put into the container. For younger folks, you may want to have less water. The more water there is the harder it is to cover the nickel.


To process the activity, ask these or similar questions: 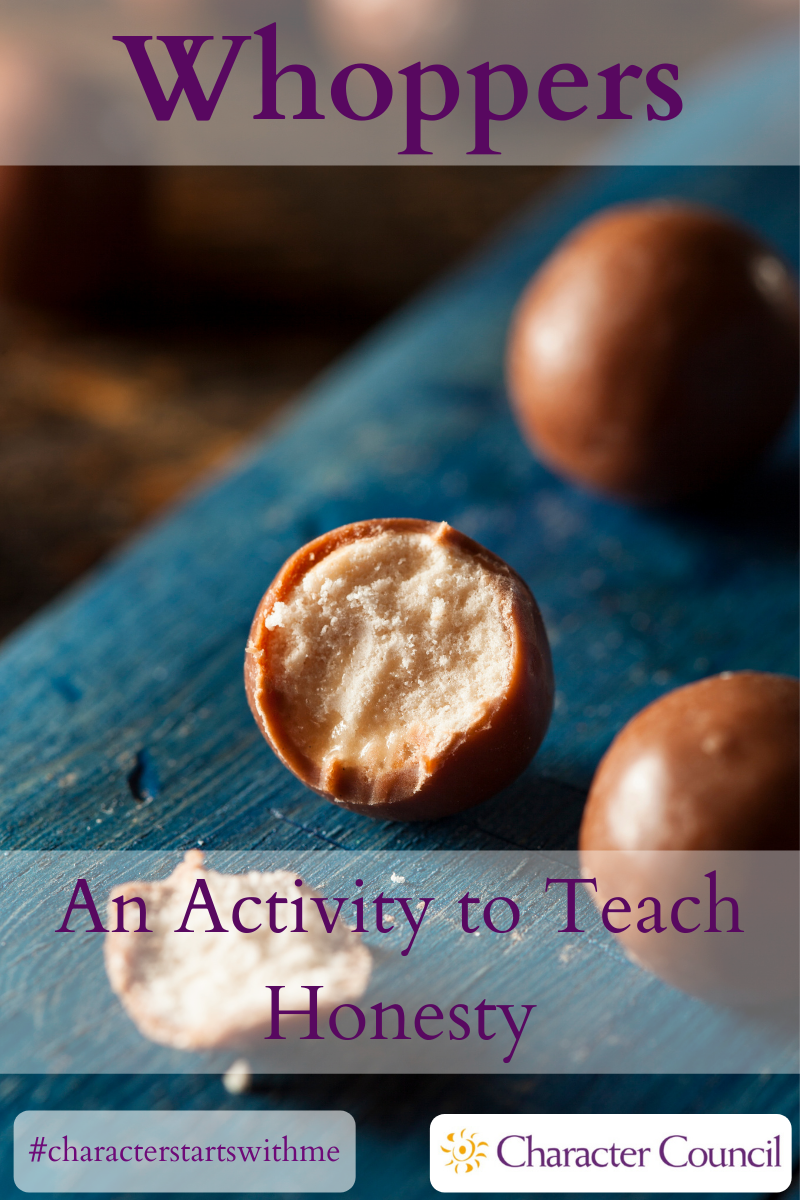 Pass out a Whopper candy to each child in the class and encourage them to eat it (being mindful of allergies, of course). Once they’ve eaten the candy, ask for it back. This demonstrates how hard it is to take back a lie once it is told. (Remember when: Back in the day, when someone told a big lie, they told a ‘whopper’…) Ask the students to come up with their own slang for the word ‘lie’. 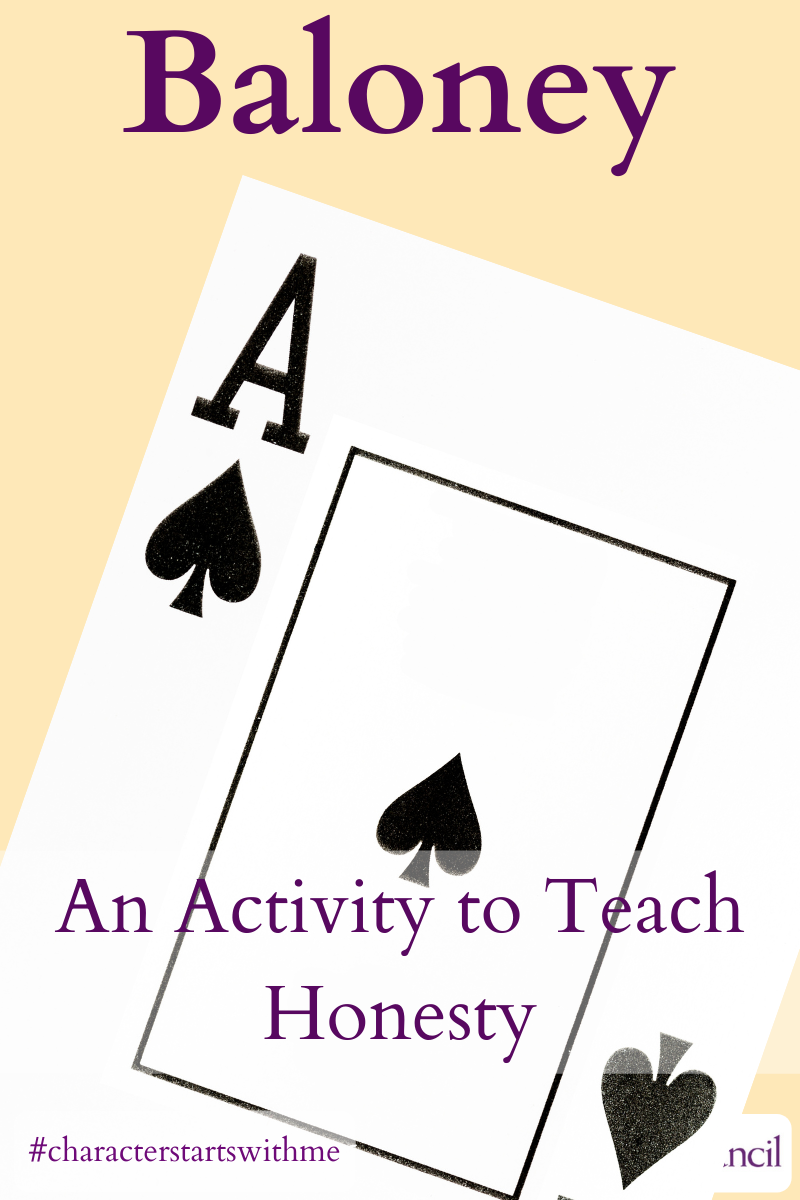 This is a common card game, also known as Cheat, I Doubt It or B.S. Have the group break up into smaller groups containing an odd number of students and give each group a deck of cards. The object of the game is to get rid of all your cards. The entire deck is dealt to the group and whoever has the Ace of Spades begins play. The first student can lay down any number of Aces facedown in a discard pile in the center of the group. They announce how many ‘Aces’ they are discarding. The player to their left goes next with twos and the next person has threes and so on continuing around the circle until the Aces come around again. Since a player will not always have the cards that are assigned to their turn, they are allowed to lie about all or some of the cards they are discarding. They are not allowed to pass if they don’t have the correct cards. Once the cards are down, any player can challenge the claim by calling “Baloney”. The cards that were discarded are turned over and, if they are caught lying, they have to pick up the entire discard pile into their hand. If they are telling the truth, the challenger gets the cards in their hand. A time limit can be set, or the game can be played until a student wins by running out of cards in their hand.

When finished, process the reading with these or similar questions: