The activities below are great for teaching the Character Quality of Creativity, and can easily be modified for different age groups and grade levels. We’d love to hear how these activities go with your class or group, or if you made any changes that made the activity easier or more impactful in your comments at the bottom of the page! 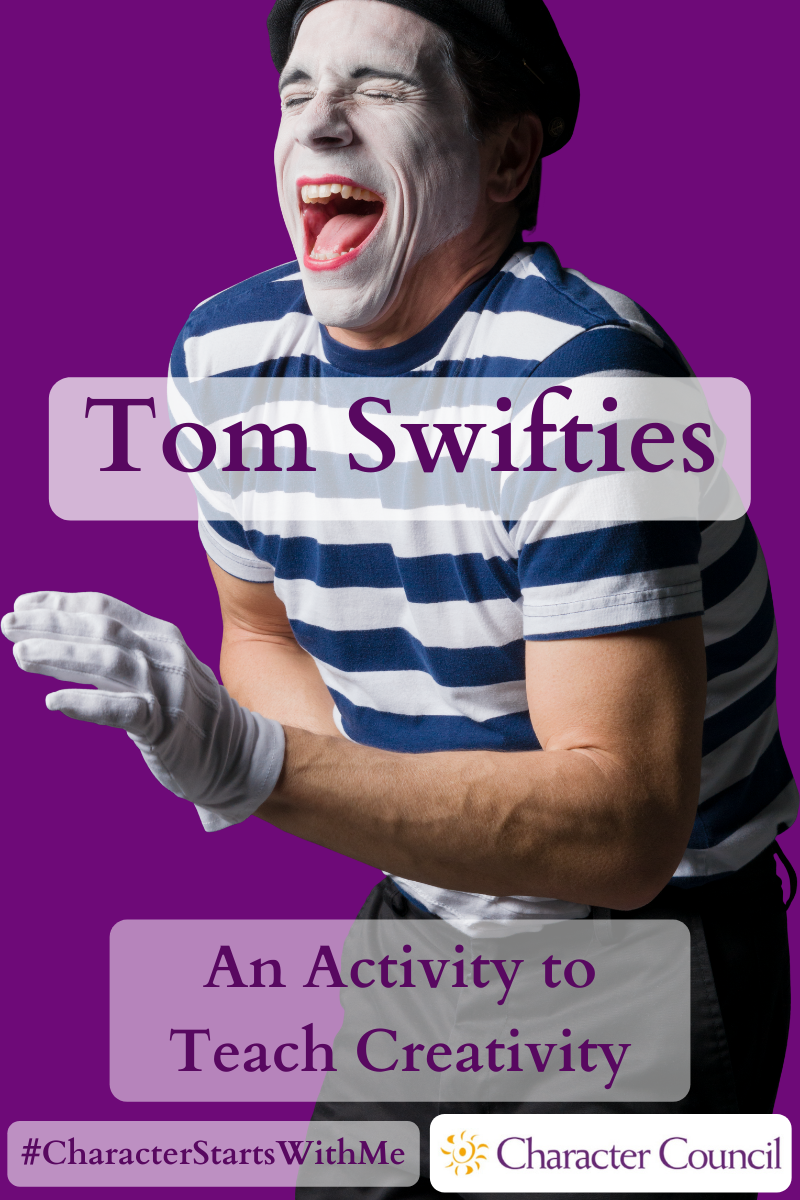 Tom Swifties are fun to create. They are a sentence in which an adverb relates both properly and “punningly” to a sentence of reported speech. An example: “I feel like I’ve been run over by a car!” Tom said flatly. Or “I need a pencil sharpener,” Tom said bluntly. There are actually many forms of Tom Swifties, but this form is the easiest to copy. Come up with several of your own, perhaps using current vocabulary words, and then let the students come up with some on their own, either individually or in groups. It sometimes helps to start by thinking of adverbs first and then creating their Tom Swifty around it. (This is a good time for lessons on adverbs and punctuation for quoted speech.) After your students have created some, write them on the board or post them on the bulletin board. This type of assignment tends to stick with kids, and days later, they will bring you more Tom Swifties.

Visit Wikipedia for some examples from the book series that started these puns.


To process the activity, ask these or similar questions: 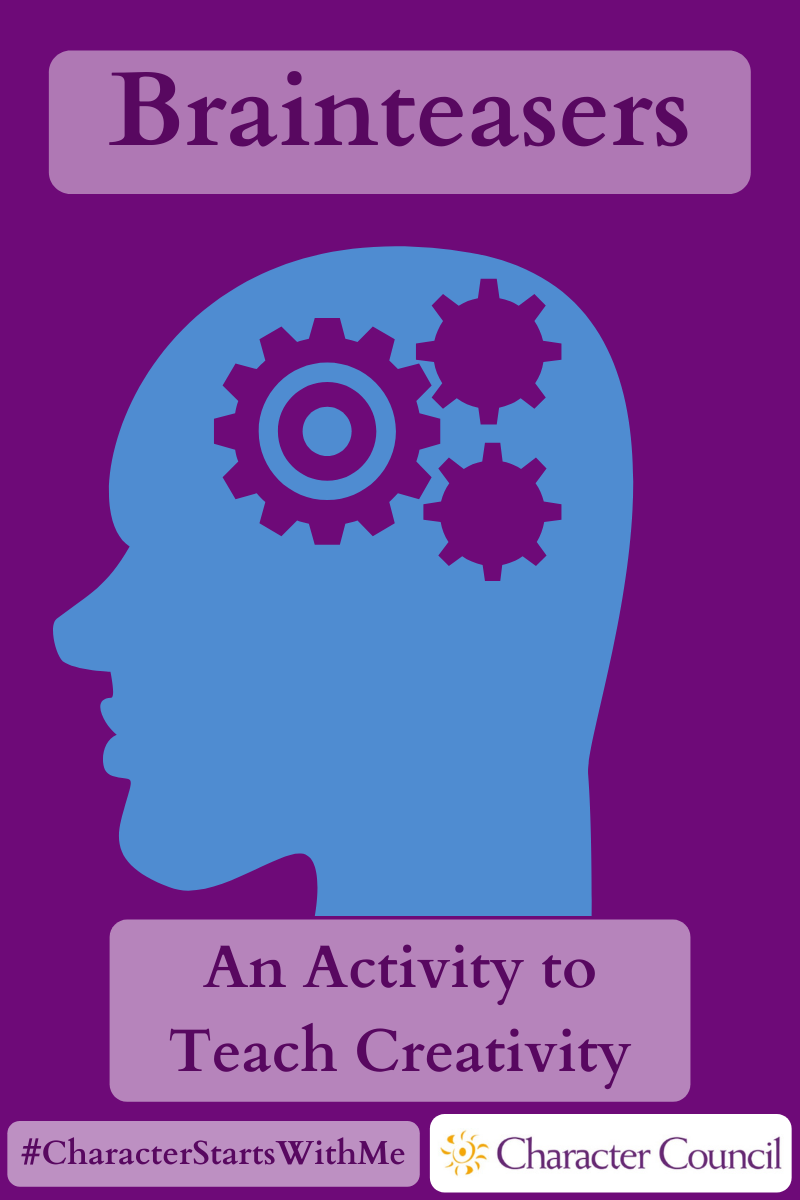 Brainteasers are a great test of one’s ability to let go of paradigms that can restrict your thinking. Brainteasers can be verbal or visual. Some examples are below:

Riddles
A riddle is a question in which the answer is usually a play on words, contains a double meaning, or is a trick question. Mary’s father has 5 daughters – Nana, Nene, Nini, Nono. What is the fifth daughter’s name? If you answered Nunu, you are wrong. It’s Mary!

Optical Illusions
Pictures that the brain can perceive in different ways. Rubin’s vase can be seen as a vase or two faces looking at each other.

Logic Puzzles
Logic Puzzles can be a simple question with a single answer, or it can be a grid-type question where you are given several facts and asked to deduce a single answer or a pairing of answers. Anne, Olivia, and Jenita are the daughters of Mr. Jack, Mr. Brown, and Mr. Ran. Four of these people are playing badminton doubles. Mr. Ran’s daughter and Mr. Jack are partners. Anne’s father and Mr. Brown’s daughter are also partners. There are not any father-daughter combinations. Who is Anne’s father? As there are not any father-daughter combinations, Mr. Brown is not Anne’s father. Anne can play with Mr.Jack, so he cannot be her father. Therefore, Mr.Ran is Anne’s father.

There are many types of brainteaser puzzles. Choose some that are appropriate for your classroom. Divide the students into groups and let them work on a brain teaser together. When they are done, let each group share their puzzle and answer with the class. 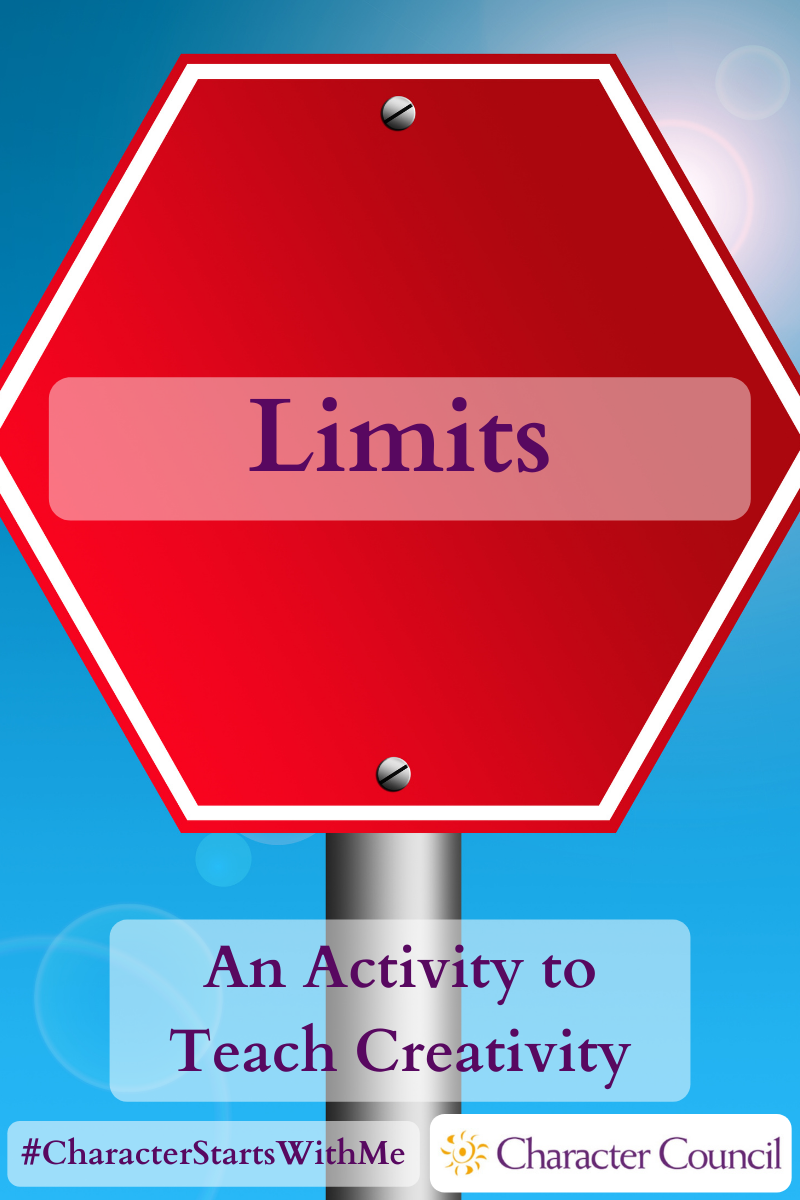 Sometimes when you give an assignment, you leave the boundaries wide open, expecting to get creative results. Normally students will choose something they have done before or are familiar with. If you want to really make it creative, limit what they can use or do and force creativity to happen within strict boundaries. For example, you may give an assignment to write a short story but give them 16 words they must use or give them the first paragraph, and they need to write the ending. I remember a teacher in grade school played audio story prompts (on a record player!). It was just sound effects in a setting, and we each had to write a story to go with the sounds we heard. It was amazing how different our stories were. Our life stories are all that different. For examples of audio writing prompts, visit the ambient mixer.

If you choose to use art as the assignment, you may want to restrict them to only drawing straight lines or let each student randomly choose 2 colors (before giving them the assignment), and that is all they can use. For a history lesson, have them write a scene from history using real characters but give them a setting that was not in the books. You could also bring a historical character into the present and ask how they would react to a current-day event or problem. They must describe how each would act according to what they know about them.

When finished, process the activity with these or similar questions: