The activities here are fun ways to teach character.  The game aspect makes the lesson more memorable.  Each activity has processing questions at the end.  Without processing the activity, the exercise is just a game.  To make it a stronger lesson when you process it, relate the character quality to a core value that your organization promotes. 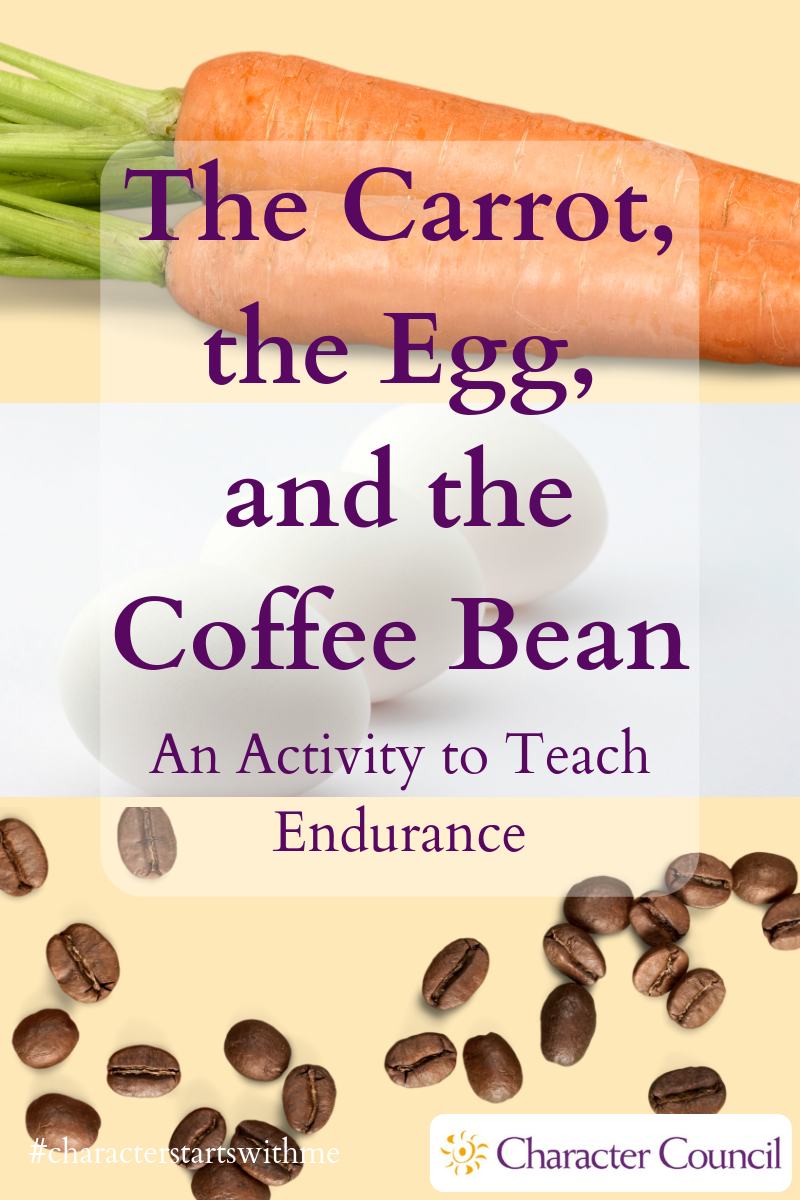 For this exercise you will need an egg (hard-boiled is safer), a raw carrot and can/bag of coffee (it can be empty). You can also use pictures of these items. Show these items to the class then place them in three different spots in the classroom. Have the students count off 1 -3. Assign a number to each item or picture. Have them stand in the area near where you placed each item. Explain that problems are like boiling water and that different people react to problems differently. Ask each group how their item reacts to boiling water. (The egg becomes hardened, the carrots become soft, and the coffee changes the water into coffee.) Relate these reactions to the responses that people have to problems. Explain that the groups they are in do not indicate how they react to problems. Ask each group to give examples of how each type of person would react to problems such as: forgot to bring home textbook for homework; or not making a sports team. The carrot went into the water strong, and hard. After being subjected to the boiling water, it softened and became weak. Carrot answers are the give up/do nothing kind of responses. The egg had been fragile before it was boiled. Its thin outer shell had protected its liquid interior. But, after sitting through the boiling water, its inside became hardened. Egg answers will take action but the wrong kind such as hurting or making fun of others. The coffee was unique, however. After it was in the boiling water it had changed the water. Coffee answers will endure and solve the problem. 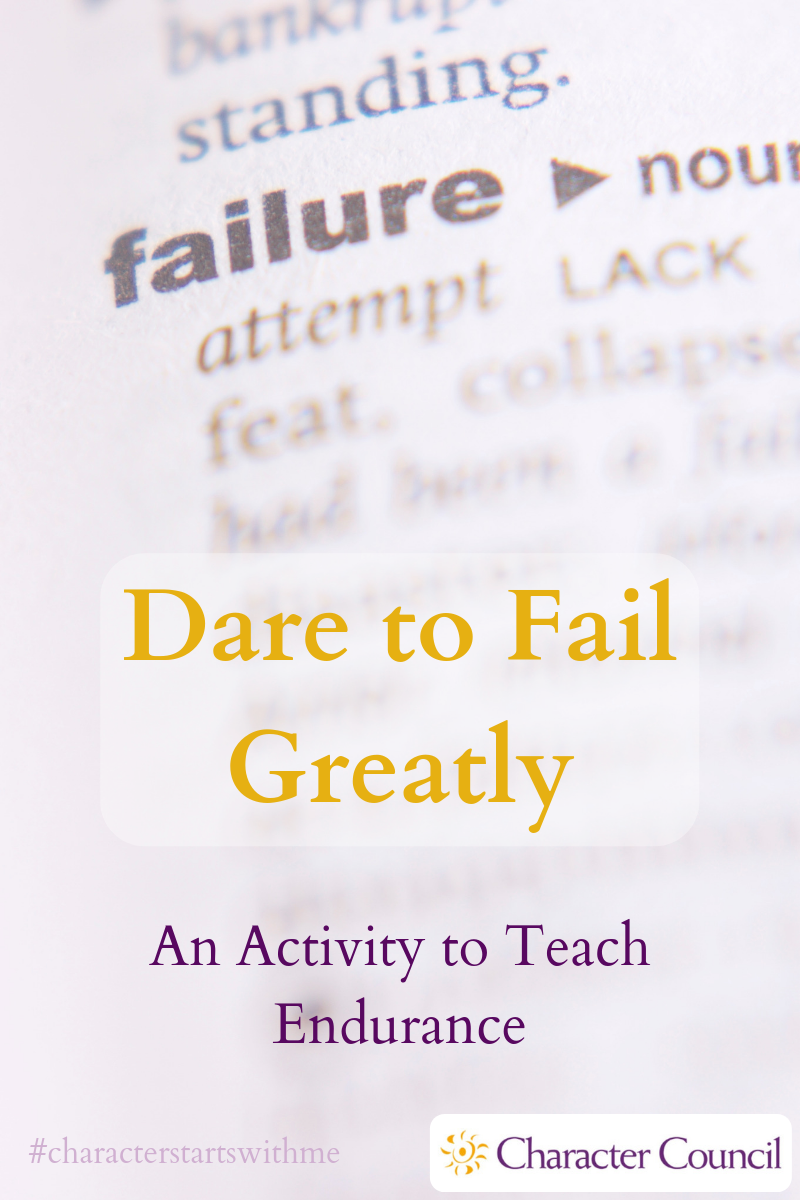 “Only those who dare to fail greatly can achieve greatly.”
~ Robert F. Kennedy

Many famous people, both current and historical, failed miserably before they achieved success. Did you know that Walt Disney was fired by a newspaper editor because “he lacked imagination and had no good ideas?” He went bankrupt several times before he built Disneyland. In fact, the proposed park was rejected by the city of Anaheim on the grounds that it would only attract riffraff. How about Babe Ruth – he is famous for his home run record, but for decades he also held the record for strikeouts. He hit 714 home runs and struck out 1,330 times in his career. Can you picture Michael Jordan being cut from his high school basketball team? Check out the links below for some famous people failures. Select a few that would be known to your students and see if they can guess who they are.

15 Highly Successful People Who Failed Their Way to Success

48 Famous Failures Who Will Inspire You To Achieve 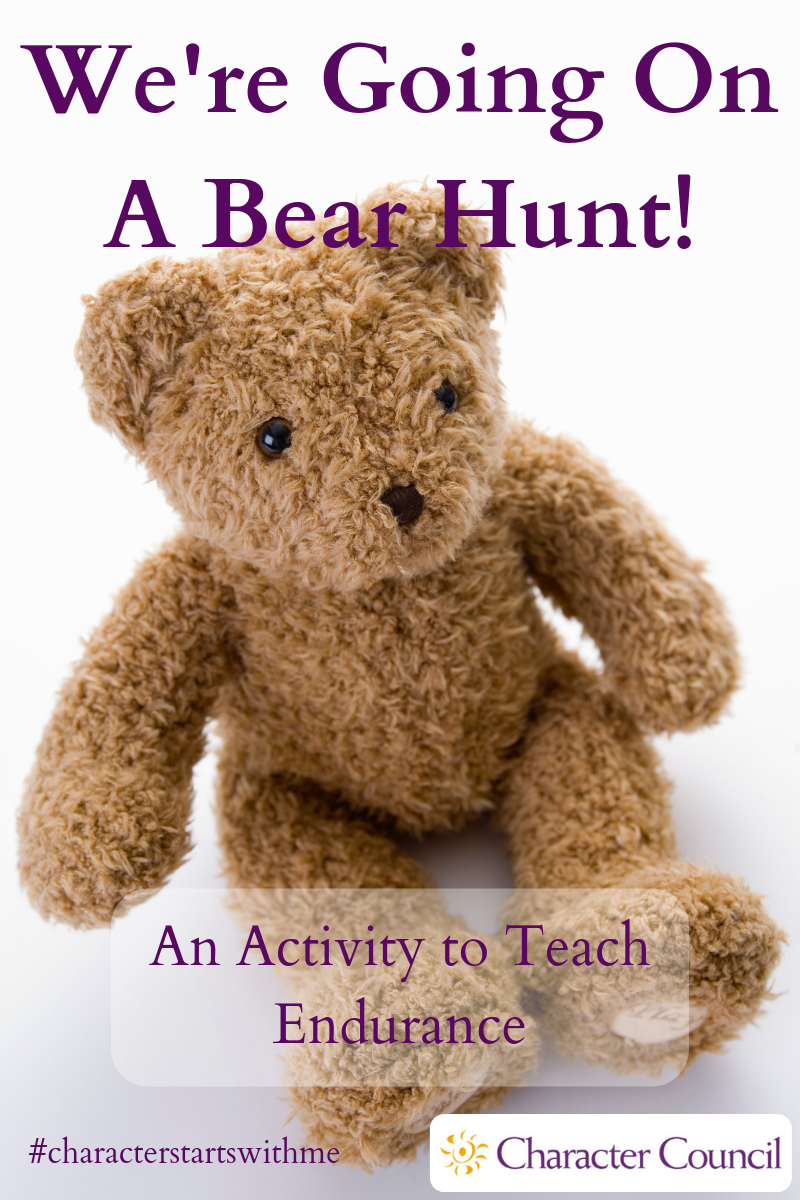 The Bear Hunt song is a favorite of scout troops and has many variations. It is based on a book of the same title written by Michael Rosen and illustrated by Helen Oxenbury. In the original story, the bear hunt encounters many obstacles. For each obstacle, the answer is to go through it. Our troops did the song as an echo and each of the obstacles presented a different answer. For one you went over, another was through, still another was around. In either version, you can identify that each obstacle must be overcome to achieve the goal of finding a bear. The story and the song/chant both lend themselves to great sound effects and accompanying actions that make the song fun to perform. The following link is the website for the book and has a video of the author performing it. https://www.jointhebearhunt.com/

Below is a YouTube version of the song as an echo (which makes it easy to teach). The little girl who performs it puts her own spin on the song but you’ll get the idea. You can choose to use one of these videos to teach the song to the class or teach it to yourself so you can do that. There are many video versions and lyrics that you are sure to find one you with which are comfortable. You may even have a scout in your class willing to teach the song. 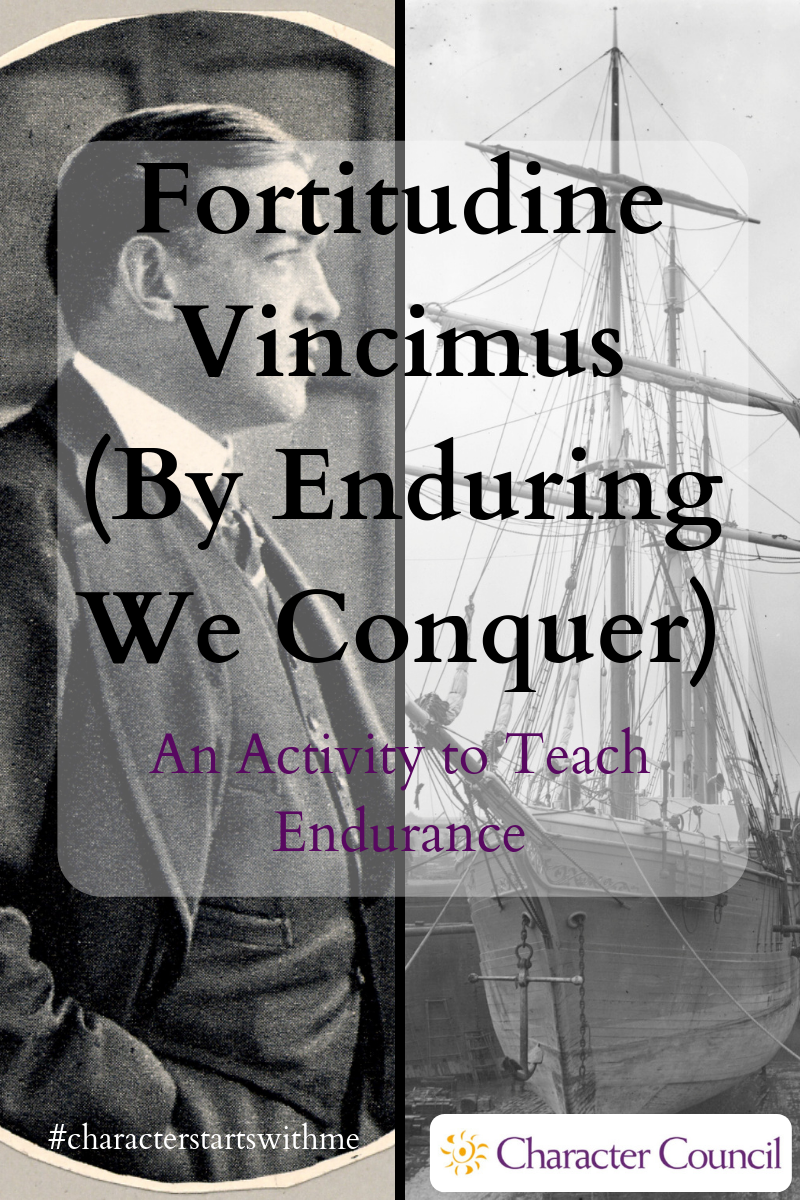 This was the family motto of Sir Ernest Shackleton, who named his ship The Endurance. It was a 300-ton wooden structure designed to withstand the ice for its mission to Antarctica. In 1914, Captain Shackleton and a crew of 27 set sail for the first crossing on foot of the Antarctic continent. Within eighty-five miles of the continent their ship Endurance was trapped and slowly crushed by pack ice. With no communication to the outside world their ordeal would last twenty months. With Shackleton’s inspiring leadership the crew struggled to stay alive in one of the most inhospitable regions of the world. Miraculously, not one man was lost, surviving extreme cold, breaking ice floes, leopard seal attacks and an open boat journey that would be called one of the greatest navigational feats in nautical history.
No discussion on Endurance would not be complete without including this adventure. There are 2 children’s books listed below that contain many photographs and maps of the trip. There is no shortage of books for any age reader on this topic. Read a portion of the story throughout the month. When you are finished, add the length of the journey to their ages and project what grade/month they would be in had they gone on the journey. Pick 3 foods, not necessarily their favorite, and ask if they could eat only those foods for that time frame? Could they sleep on the floor or outside in the winter for that long? Wear the same clothes for that long? The next time you ask them to Endure something, remind them of Shackleton’s journey.

The Shackleton Expedition by Jil Fine

Shipwreck and Survival on a Sea of Ice by Matt White