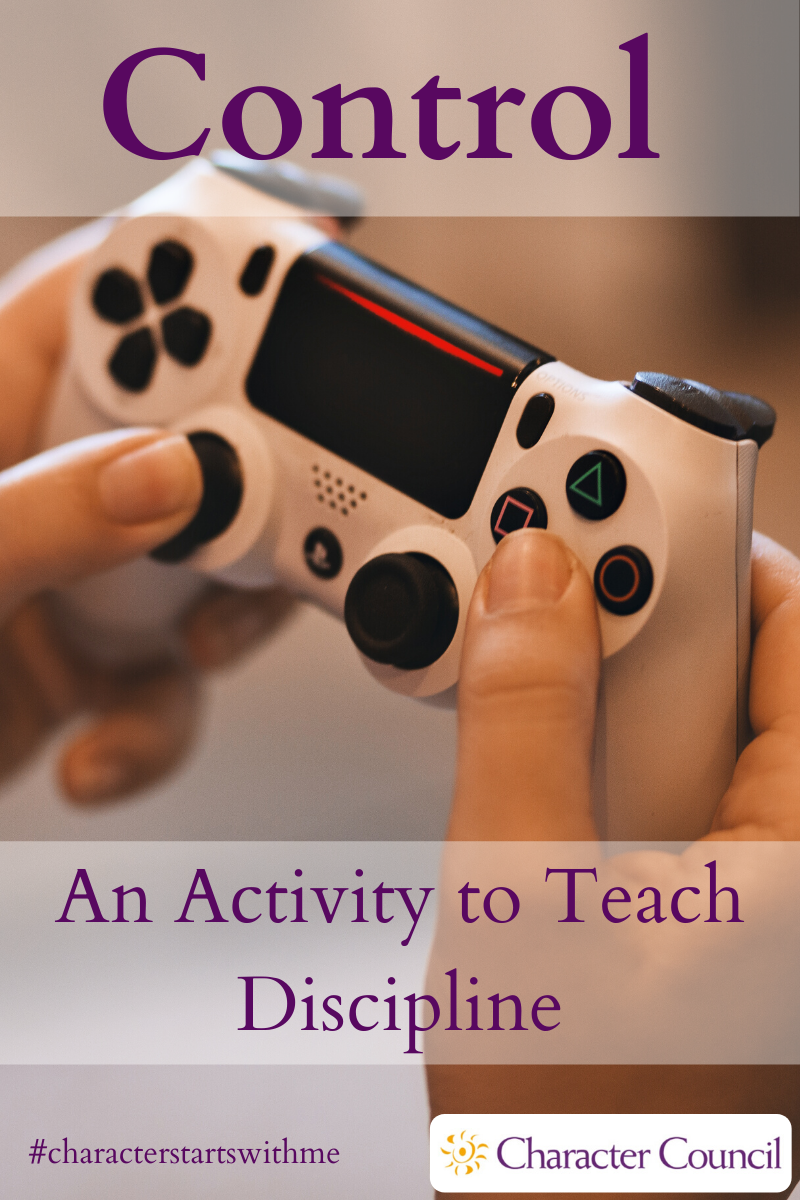 For this game, you can use anything to make noise. It can be a New Year’s Eve noisemaker, recorded music, or even just the clapping of your hands. Give the class a bodily motion to do – waving their hands, shaking a leg, or whatever you choose. Instruct the class that they are to do that motion only when you are making the chosen noise. When the noise stops, they must also stop. Begin making the noise and make sure everyone is doing the motion. Then stop the noise. Watch as everyone stops. Praise their success. Start and stop the noise several more times observing reactions. When you have finished, asked them who controlled when they did the motion and when they stopped. The answer is that they did. They were reacting to the noise by controlling their behavior. They were the ones who decided to play by the rules and control their responses based on the instructions they have been given. Discipline is the ability to recognize the right responses and control our behavior accordingly. 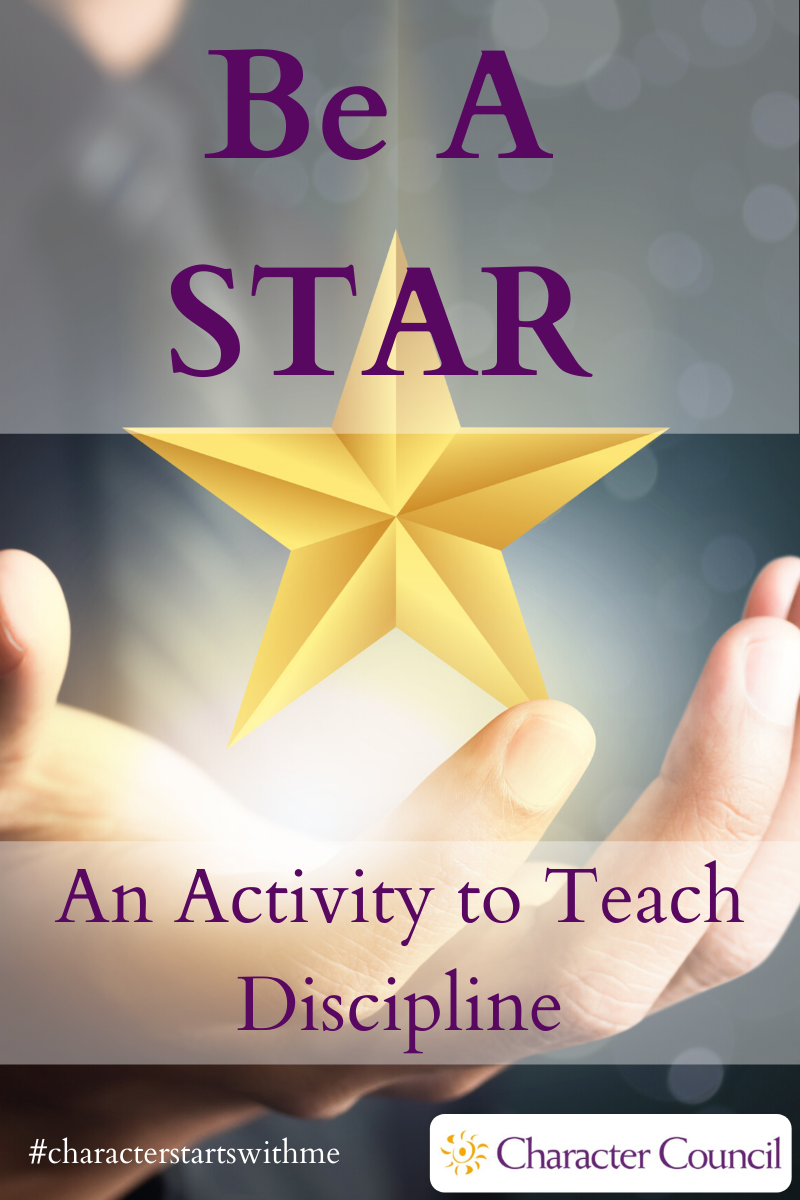 Stop, Think And then React is what the acronym stands for.

Explain that sometimes when we lack discipline we have not stopped a moment to consider our reactions. Later, we often regret our response. Taking a little time to think first can save embarrassment later. To practice this thinking, divide the class into small groups. Each group will create a “quiz” for a different group. They will create a scenario that describes an event that someone can react to appropriately or inappropriately. They will then give a good and a bad reaction. Give an example to get them started such as: When Stella was putting on her coat, she knocked over a few books on the top of a stack of books on her desk. A good reaction would be to pick them up and move on. A bad reaction would be to knock over the rest of the books. Some options for this exercise would be having each group write out a scenario, role play the scenario or sketch the scenario. When the activity is completed, remind them to always “Be a S.T.A.R.!! 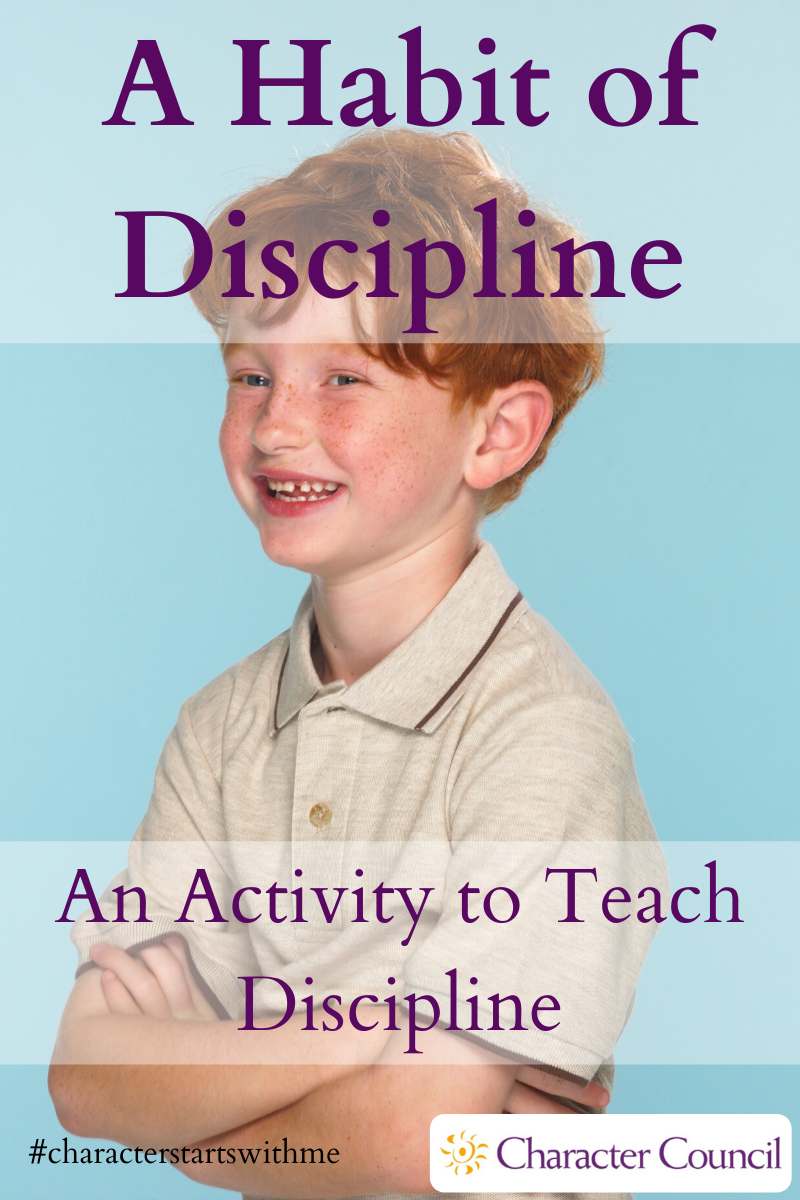 This exercise will demonstrate the strength of habits. Ask students to fold their arms across their chests. Ask them to identify which arm is on top and take a poll. It will vary and it has no relationship to being left-handed or right-handed. Now ask them to fold their arms with their other arm on top. It should be awkward or at least something that they have to think about to accomplish. The first time they folded their arms it was easy – it came from habit. If you made a rule that everyone now had to fold their arms opposite it would take a while to unlearn the old habit and develop the new habit. Research shows that it takes doing something new about 12 times (some research says 21) before the habit begins to form – longer if you are unlearning an old behavior. Find a habit /behavior that you want to change in the classroom – something small such as quieting themselves down when the bell rings in the morning. Count how many days it takes them to remember to do it on their own. After twelve school days, evaluate the progress. If it isn’t working, give them some hints of how they can remember – a note taped to the desk, etc. and then keep working on changing. Just because it doesn’t change in 12 days doesn’t mean give up. Reflect on progress actually made – is it getting easier? Once this challenge is over, reward them for achieving success. Now leverage this success to challenge the students to identify a bad habit they want to break or a good habit that they want to start in their personal life. You can ask them to write it down in a planner or agenda or give them a special paper to write it on. You can also partner them up to share their habits but make sure they know they will partner before they pick their habit. (You can relate this to math class by graphing the results of what day each student remembers the new habit without having to think about it.)

How did these activities go when you used them in your classroom? Did you make any modifications that worked better for you? Share your experience below!

Have you purchased your admission to the 2020 VIRTUAL Heroes of Character Celebration and 20th Anniversary of the Character Council? What are you waiting for?